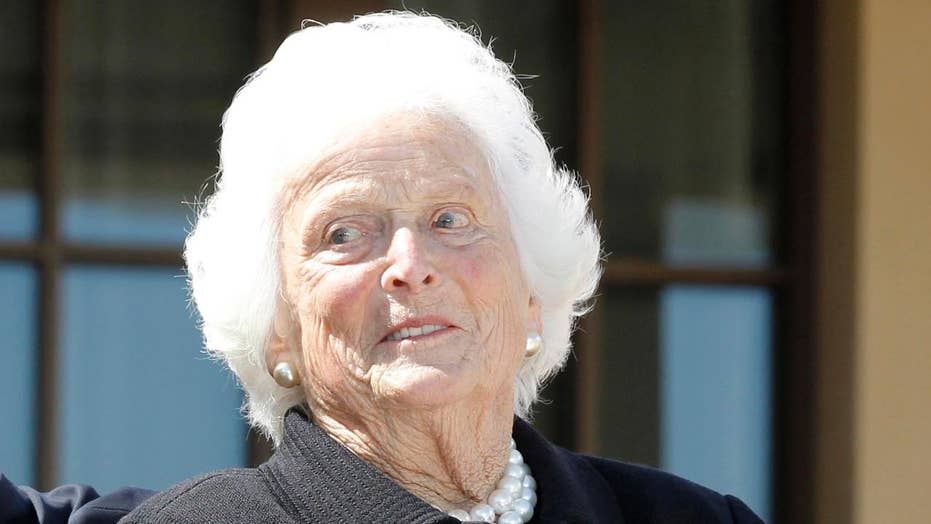 Barbara Bush to be laid to rest at the Bush library

A funeral service for former first lady Barbara Bush, who died Tuesday at age 92, is planned for Saturday at St. Martin's Episcopal Church in Houston.

Mrs. Bush and her husband of more than seven decades, former President George H.W. Bush, regularly attended the church over the years.

The service will be by invitation only, according to the George Bush Presidential Library Foundation.

Several former presidents and first ladies, as well as other dignitaries, are expected to attend.

Prior to Saturday, Mrs. Bush’s body will lie in repose Friday at the church for members of the public who want to pay their respects.

She will be laid to rest on grounds of the Bush Presidential Library at Texas A&M University in College Station.

A student-led vigil was held at the library Tuesday night, reported the Batallion, the student newspaper at Texas A&M.

Barbara Bush last appeared at the university in 2017, accompanied by her husband and their son, former President George W. Bush, for a concert that included performances by Lady Gaga and Lyle Lovett, the newspaper reported.

Mrs. Bush was born in New York City and grew up in the suburb of Rye, N.Y. She married former President Bush in 1945.

In addition to the former presidents, Mrs. Bush is survived by her brother, Scott Pierce, and by children Jeb Bush, Neil Bush, Marvin Bush and Dorothy Bush Koch, as well as 17 grandchildren and seven great grandchildren.