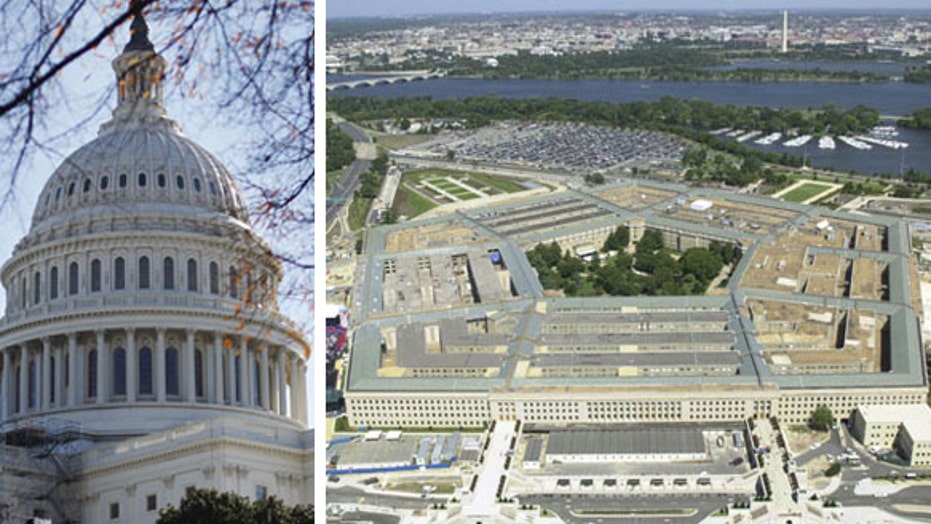 The chairman of the House Armed Services Committee is proposing an increase in the defense budget by billions of dollars to halt a severe combat readiness problem that he and other Republicans accuse President Barack Obama of ignoring.

Rep. Mac Thornberry's annual defense policy bill, to be released Monday afternoon, would shift $18 billion from the account that finances ongoing war operations to pay for additional ships, jet fighters, helicopters and more that the Pentagon didn't ask for in its $583 billion request. To make up for the shortfall in war spending, the Texas congressman is counting on Obama's successor to submit a supplemental budget to Congress in early 2017.

Budget experts said Thornberry's bid is a gamble, especially in the House where fiscal conservatives in his own party may refuse to go along.

Todd Harrison, director of defense budget analysis at the Center for Strategic and International Studies, said Democrats might insist on an equal increase in non-military spending if they control the White House and Senate after the November elections. "House Republicans would have a hard time stopping that because it would mean blocking funding for troops in the battlefield," he said.

Kate Blakely, a research fellow at the Center for Strategic and Budgetary Assessments, said Thornberry's approach is a "high-risk, high-reward ploy" for defense hawks on Capitol Hill.

The bill would prohibit the Army from falling below 480,000 active-duty soldiers, add 7,000 service members to the Air Force and Marine Corps, and approve a 2.1 percent pay raise for the troops, according to the legislation and congressional aides familiar with the proposal.

Thornberry's legislation also would put Republicans on a collision course with Obama by maintaining a ban on moving prisoners held at the Guantanamo Bay, Cuba, detention facility to the United States. The longstanding congressional prohibition has kept Obama from fulfilling a campaign pledge to shutter the facility.

Thornberry's bill recommends $930 million to train and equip rebel groups in Syria, the Kurdish Peshmerga, and Sunni tribal and government forces in Iraq that are fighting the Islamic State group. But the bill demands greater transparency and oversight of the program.

The legislation would direct the Pentagon to assure lawmakers that enough U.S. troops have been deployed to assist the Syrian opposition forces with retaking and holding the Islamic State stronghold in Raqqa, Syria. The opposition forces also must be able to defend themselves from attacks by the militants and President Bashar Assad's forces, according to the bill.

In Iraq, the legislation would restrict more than $157 million until Congress receives a strategy for pushing the Islamic State out of Raqqa.

The bill would provide the $3.4 billion the Pentagon sought for the so-called European reassurance initiative, a quadrupling of last's year amount to counter threats from an increasingly aggressive Russia. The money pays for armored brigade combat teams, improved intelligence and warning, more Javelin missiles, and other equipment U.S. commanders in Europe said they need.

To assist Ukraine in its bitter tug-of-war with Russia, Thornberry's bill includes $150 million to provide Ukraine's military with training, equipment, and logistics and intelligence support. Moscow annexed the Crimean Peninsula in 2014 and supports a pro-Russian insurgency in eastern Ukraine, where fighting has killed more than 9,000 people since April 2014 and devastated the nation's industrial heartland.

The bill chides the White House for refusing to provide only lethal defensive assistance to Kiev and rejecting gear and training that could be used for offensive purposes. "For example, the committee is aware that the government of Ukraine's request for sniper training was denied by the United States because it is considered offensive training," according to the legislation. "The committee believes that such a distinction is irrelevant for training focused on building basic skills, and urges the U.S. government to revisit this issue."