“It's news to me, I didn't know the Green New Deal would also solve the border crisis,” Crenshaw told guest host Charles Payne.

“It's pretty clear that [Democrats are] not taking this seriously at all. I mean listen the numbers speak for themselves. This is not due to climate change.”

“The far-right loves to drum up fear & resistance to immigrants,” Ocasio-Cortez tweeted on Tuesday. “But have you ever noticed they never talk about what‘s causing people to flee their homes in the first place? 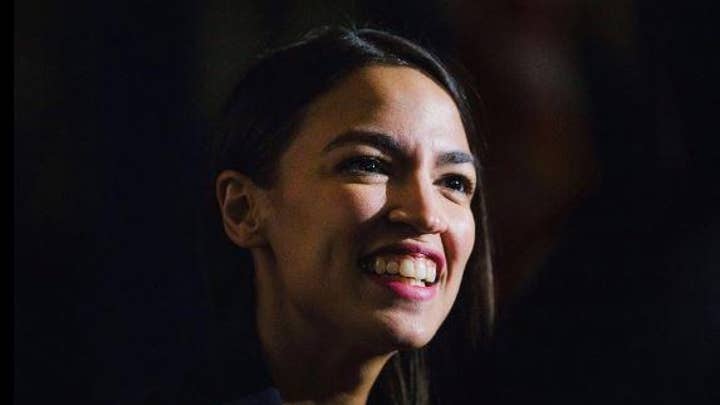 Ocasio-Cortez, the co-sponsor of the Green New Deal resolution, has been focused on addressing climate change since becoming a member of the House in January.

Crenshaw said Dems are using climate change as the answer to everything.

“Every immigrant who comes across has a different reason for wanting to come across but it certainly isn't climate change and that's just a ridiculous statement,” Crenshaw said.

“You know they've come to this point where they want to blame climate change for quite literally everything now, and sorry, but the Green New Deal is not going to solve that.”