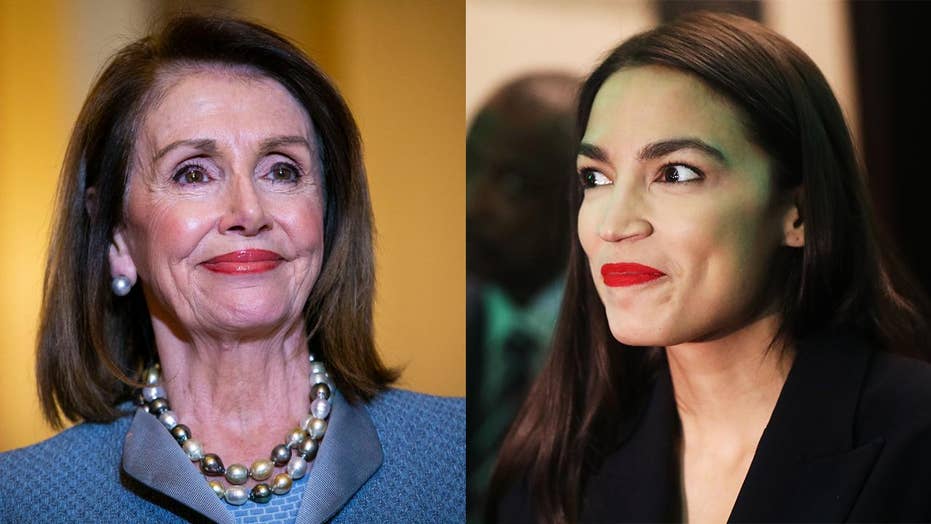 House Speaker Nancy Pelosi appeared to mock Rep. Alexandria Ocasio-Cortez – without mentioning her name – over her reliance on Twitter for support.

House Speaker Nancy Pelosi appeared to mock Rep. Alexandria Ocasio-Cortez – without mentioning her name – over her reliance on Twitter for support while neglecting the work to pass the Democratic agenda into laws.

The New York Democrat, who has nearly 4 million followers on Twitter, has used the platform to rally the online support for her radical proposals like the Green New Deal, though none of the support translated into actual legislative victories.

Pelosi was asked during a USA Today interview published on Monday about her struggles of running a House caucus while freshmen Democrats such as Ocasio-Cortez are pushing the party further to the left and fighting over more symbolic gestures rather than actually implementing Democratic policies.

“While there are people who have a large number of Twitter followers, what's important is that we have large numbers of votes on the floor of the House,” Pelosi said.

“While there are people who have a large number of Twitter followers, what's important is that we have large numbers of votes on the floor of the House.”

The top House Democrat also noted that progressives are “fine” after she had to tell them that they need realistic legislation that could actually pass the House.

“As I say to my own district, ‘You go out and elect 218 people, just like San Francisco, then we can talk,'” she said.

OCASIO-CORTEZ RESPONDS TO TRUMP OVER 'BARTENDER' COMMENT; LASHES OUT AT AMAZON

This isn’t the first time Pelosi threw shade on Ocasio-Cortez. Earlier this year, the House Speaker somewhat dismissed the Green New Deal during an interview with Politico. 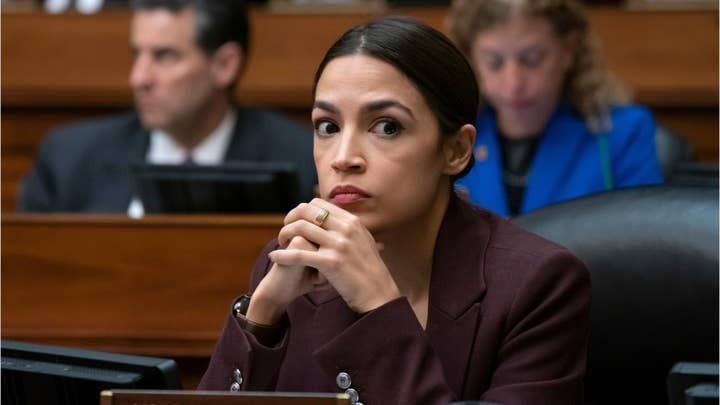 “It will be one of several or maybe many suggestions that we receive,” Pelosi said. “The green dream, or whatever they call it, nobody knows what it is, but they're for it, right?”

Ocasio-Cortez was reportedly left out of the Pelosi-approved Select Committee on the Climate Crisis, though some reports suggest the New York Democrat voluntarily decided not to join the committee where the legislation to combat climate change will actually be worked out.

The Green New Deal is estimated to cost up to $93 trillion or $600,000 per household, according to studies. The radical measure proposes the transformation of the U.S. economy to cut emissions in addition to retrofitting and replacing every building in an effort to reach the goal.