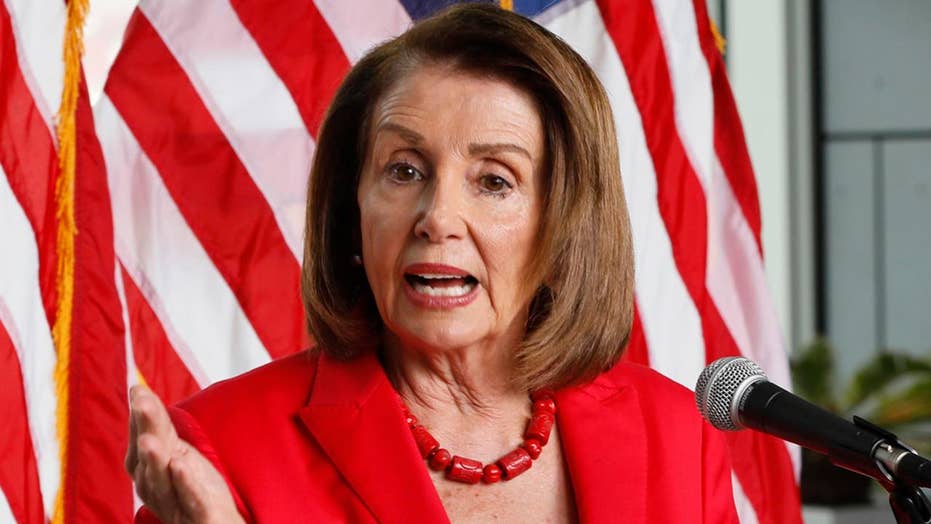 Richard Fowler, Guy Benson and Howard Kurtz weigh in on the growing divide in the Democratic Party and who is really controlling the narrative.

Rep. Alexandria Ocasio-Cortez D-N.Y., wondered if House Speaker Nancy Pelosi is purposely assigning her busy work, in an effort to discourage her outward dissent and keep her away from the public eye.

Ocasio-Cortez made the comments during a Tuesday interview with The New Yorker Radio Hour and said she was given strenuous committee assignments and said she often thinks about whether or not doing so was a calculated move by Pelosi.

“I was assigned to two of some of the busiest committees and four subcommittees,” AOC said. “So my hands are full. And sometimes I wonder if they’re trying to keep me busy.”

Ocasio-Cortez also said she doesn't have much of a relationship with Pelosi and claimed the last time they spoke one-on-one was when the freshman New Yorker rejected Pelosi's request to have her join the newly formed congressional committee on climate change.

"[We don't have a relationship] that’s I think distinguished from anyone else," she said. "Like, if there’s a legislative need, you know. The last time I kind of spoke to her one-on-one was when she asked me to join the Select Committee on Climate Change ... I said no."

She said she passed on Pelosi's offer because the committee's structure was not in line with her personal standards and ethical requirements.

"I had made very specific requests which I thought were rather reasonable for the Select Committee on Climate Change." Ocasio-Cortez said.

"I asked that it have a mission to try to draft legislation by 2020 so that -- so that we essentially have a 2-year mission to put together whether it’s a Green New Deal or whether it’s some sweeping climate change legislation that -- that the select committee has a legislative mission."