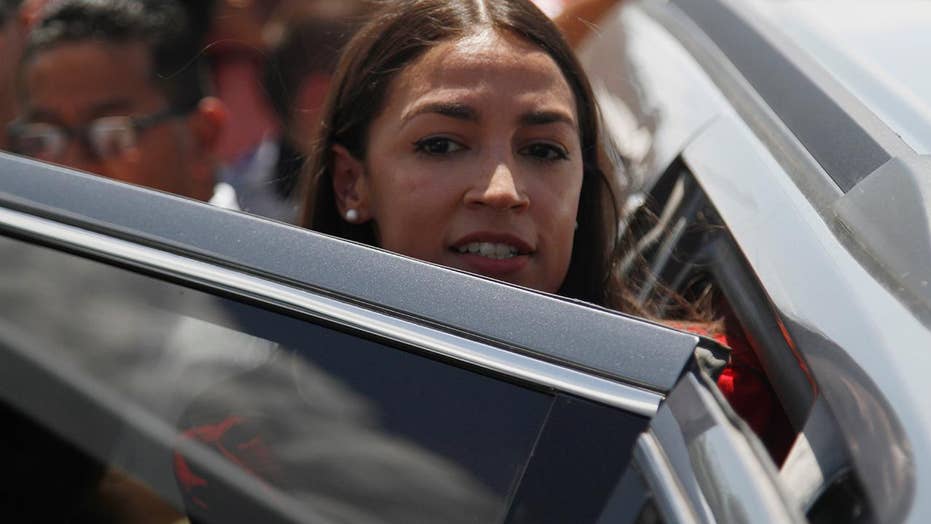 Rep. Alexandria Ocasio-Cortez, D-N.Y., last week suggested she was open to getting rid of the Department of Homeland Security in order to undo "a lot of the egregious mistakes that the Bush administration did."

Ocasio-Cortez made her remarks during a Friday appearance on the New Yorker Radio with host David Remnick.

FILE: Rep. Alexandria Ocasio-Cortez, of New York, gets in an SUV after touring the inside of the Border Patrol station in Clint, Texas. (AP)

“Would you get rid of the Department of Homeland Security, too?” Remnick asks.

She added: "I feel like we are, at a very, it’s a very qualified and supported position, at least in terms of evidence, and in terms of being able to make the argument that we never should of created DHS in the early 2000s.”

Later asked what a "sane immigration policy" looks like, Ocasio-Cortez said "we should not be using detention for people who have harmed no one."

"The fact that concentrations camps are now an institutionalized practice in the Home of the Free is extraordinarily disturbing and we need to do something about it," she said in a live stream.