In an op-ed in the New York Times, Anita Hill writes the Senate Judiciary Committee learned little from the Clarence Thomas hearings as evidenced by a lack of protocol for vetting sexual harassment and assault claims.

This file photo from 1991 shows Anita Hill, then University of Oklahoma Law Professor, testifying in front of the Senate Judiciary Committee that she was sexually harassed by Clarence Thomas. (AP) 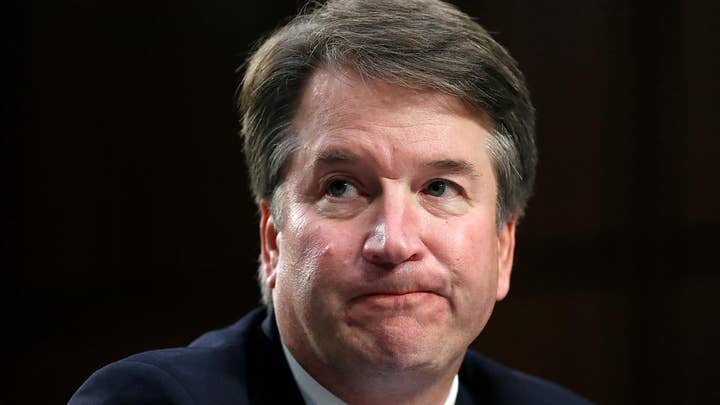 In an op-ed published in The New York Times on Tuesday, Anita Hill took aim at the Senate Judiciary Committee as it deals with the sexual assault allegations leveled against Supreme Court nominee Brett Kavanaugh – reflecting on her own experiences with the committee in 1991.

In her column, Hill said that the committee had failed to “demonstrate its appreciation for both the seriousness of sexual harassment claims and the need for public confidence in the character of a nominee to the Supreme Court” when she testified in 1991 against then-nominee Clarence Thomas.

Thomas was eventually confirmed as a Supreme Court justice, a position he continues to hold.

Hill, now a professor at Brandeis University, accused Thomas of making unwanted advances and lewd remarks when she worked for him at the Education Department and the Equal Employment Opportunity Commission in the 1980s.

“That the Senate Judiciary Committee still lacks a protocol for vetting sexual harassment and assault claims that surface during a confirmation hearing suggests that the committee has learned little from the Thomas hearing, much less the more recent #MeToo movement,” she wrote.

Hill said that in order for the committee “to do better,” it must follow “some basic ground rules.”

She suggested choosing a “neutral investigative body” to probe the allegations; balancing public interests in the case by treating both sides fairly; delaying Monday’s upcoming hearing, which she said leaves no time for a “meaningful inquiry;" and referring to Kavanaugh’s accuser, Dr. Christine Blasey Ford, by her name.

Ford’s accusations came just days before the committee was set to vote on Kavanaugh’s nomination.

She has accused Kavanaugh of pinning her to a bed during a house party in Maryland in the early 1980s, attempting to remove her clothes and putting his hand over her mouth when she tried to scream. At the time of the alleged encounter, Ford was 15 and Kavanaugh was 17, she said, adding that Kavanaugh was drunk.

He has denied all the allegations.

“With years of hindsight, mounds of evidence of the prevalence and harm that sexual violence causes individuals and our institutions, as well as a Senate with more women than ever, 'not getting it' isn’t an option for our elected representatives,” Hill wrote.