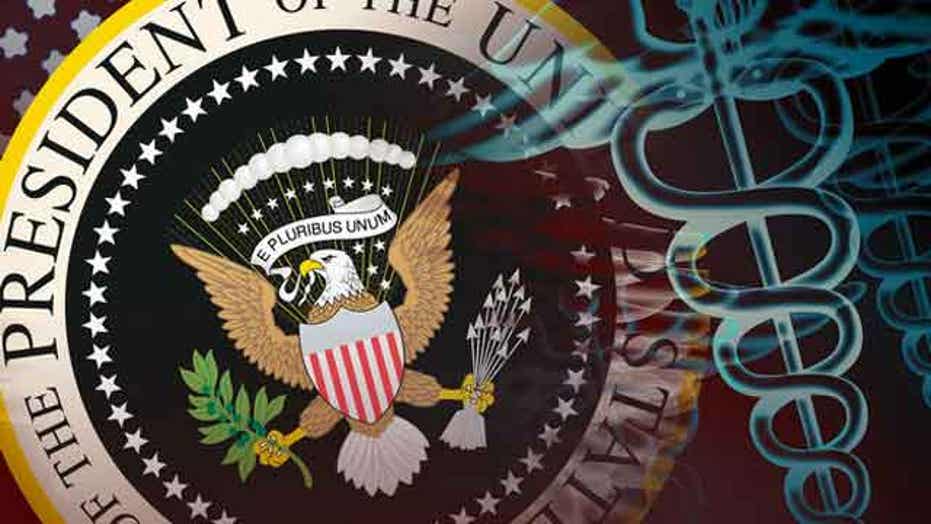 Administration has missed half of its ObamaCare deadlines

Panel weighs in on Obama's health care law - is it ready to be implemented?

The Obama administration apparently has missed half its own deadlines for implementing the health care overhaul, according to a report that suggests the recent delay of a key insurance mandate is hardly an outlier.

The finding was included in a Congressional Research Service report, and first published in an article on Forbes.com.

The White House, according to the June report, did not meet nine of 12 deadlines from the first year after ObamaCare was enacted. It failed to meet 22 of 53 deadlines in the second year. In the third year, the administration missed 10 out of 17 deadlines.

One Republican lawmaker suggested this report should not surprise anyone.

"I think this is one of the obvious signs that 'ObamaCare' is doomed to fail," Rep. Tim Scott, R-S.C., told Fox News. He also criticized the administration for using "blogs" to "communicate these delays" to the public.

He was referring in part to the recent announcement by the administration, via an official blog, that the requirement on mid-sized and large employers to provide health coverage for full-time workers was being pushed off by a year.

The Health and Human Services Department, though, defended the implementation and said a key part of the law -- the so-called insurance exchanges where people can shop for various regulated plans -- will launch on time.

"Millions of Americans are benefiting from the provisions of the Affordable Care Act that are already in place, such as ending lifetime limits on coverage and requiring insurance companies to cover preventive care with no cost sharing," HHS spokeswoman Joanne Peters said. "On October 1, the Health Insurance Marketplace will open on time, where millions of Americans will have access to quality, affordable coverage for the first time."

According to Forbes.com, most of the 41 missed deadlines pertain to items that aren't exactly critical to the law's implementation. One of them reportedly pertained to the requirement on HHS to submit a report to Congress on the "appropriate level of diabetes medical education."

But there are other high profile delays that are not included in this report -- one of them being a delay in caps on out-of-pocket insurance costs.