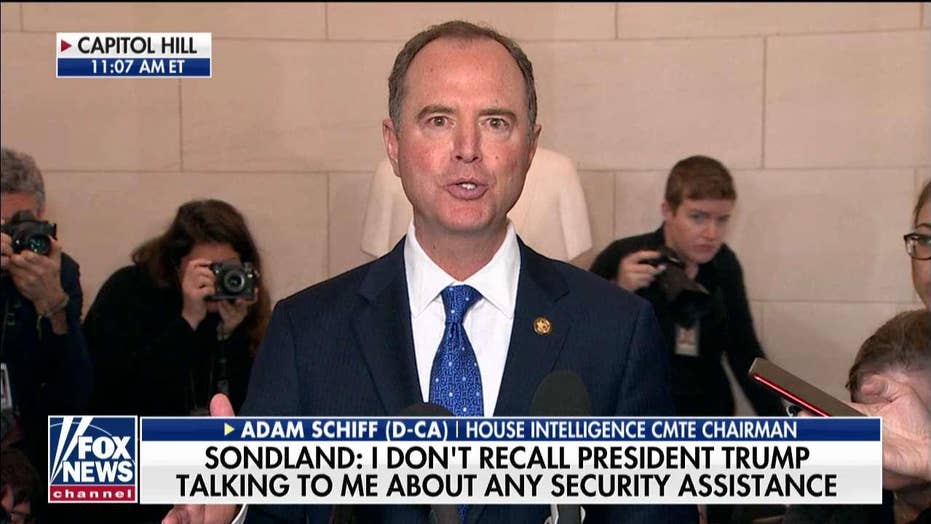 "It was the conditioning of official acts for something of great value to the president. These political investigations -- it goes right to the heart of the issue of bribery as well as other potential high crimes or misdemeanors.

"But we also have heard for the first time that knowledge of this scheme was pervasive," he continued. "The secretary of state was aware of it. The acting chief of staff [Mick] Mulvaney was aware of it and of course at the very top Donald Trump, through his personal lawyer and others, was implementing it. And so this I think only goes to underscore just how significant the president’s obstruction of this investigation has been."

CALIFORNIA DEMOCRAT DEFENDS ADAM SCHIFF TO CNN: HE HAS NO AGENDA 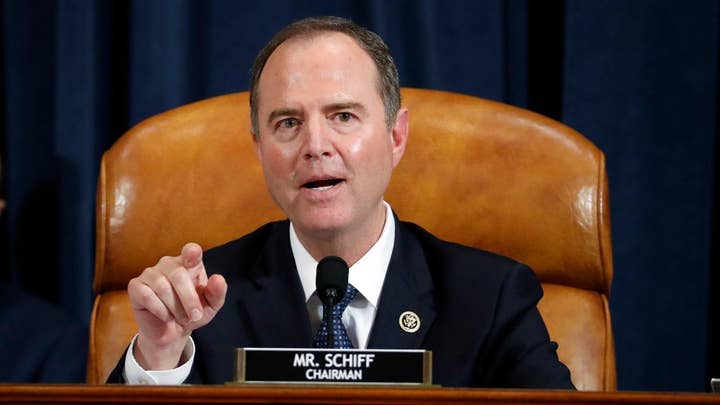 Schiff claimed Secretary of State Pompeo and Trump both attempted to obfuscate the facts of the investigation in an attempt to hide proof of criminal wrongdoing from Congress.

"We now can see the veneer has been torn away, just why Secretary Pompeo and President Donald Trump do not want any of these documents provided to Congress because apparently they show as Ambassador Sondland has testified, that the knowledge of this scheme to condition official acts, a White House meeting and $400 million in security assistance to an ally at war with Russia, was conditioned on political favors the president wanted for his reelection," he said.

"So I think [it's] a very important moment in the history of this inquiry," Schiff concluded.

Trump commented on Sondland's testimony to reporters outside the White House Wednesday and painted this as the final nail in the coffin for Democrats.

“I just noticed one thing and that would mean it’s all over,” Trump said on the White House lawn before reading from handwritten notes taken during Sondland’s testimony.