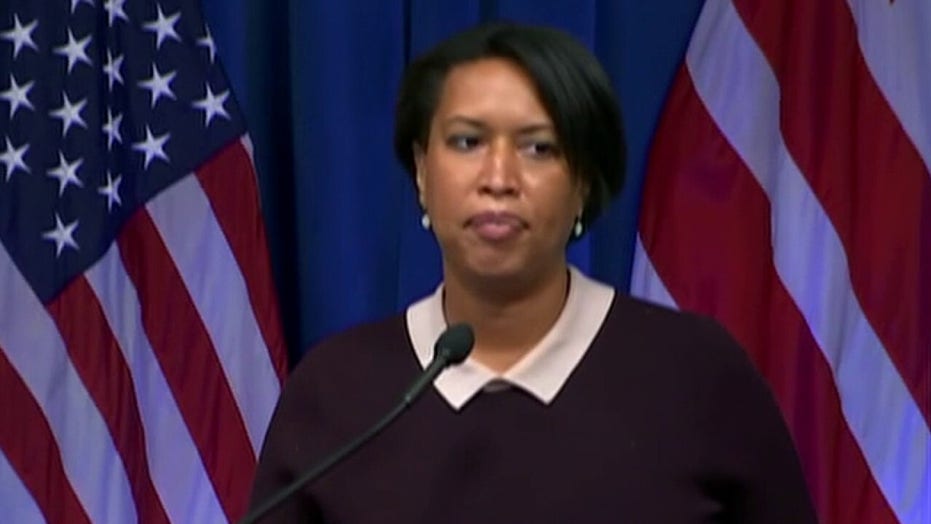 All 900 active-duty military police brought to bases around Washington, DC following civil unrest in the wake of George Floyd's death will be heading home, the Department of Defense said Friday.

The troops were staging in the Washington, D.C. area at Maryland's Andrews Air Force Base and Virginia's Fort Belvoir as President Trump said he may use the military to help quell violence and looting taking place in the nation's capital and other cities across the country.

Trump would have to invoke the Insurrection Act of 1807 in order to take such measures, as military involvement with domestic law enforcement is generally prohibited. The last time the Insurrection Act was used was in1992 during the riots in Los Angeles that followed the acquittal of four police officers charged in the beating of black motorist Rodney King.

But since then, Esper said the nationwide protests -- which have, in some cases, turned violent and led to property damage and looting -- did not warrant the deployment of active-duty military.

"The option to use active-duty forces in a law enforcement role should only be used as a matter of last resort and only in the most urgent and dire situations," Esper said Wednesday. "We are not in one of those situations now. I do not support invoking the Insurrection Act."

The exit comes a day after 700 paratroopers in the 82nd Airborne returned home to Fort Bragg, N.C.

About 1,600 active-duty troops were brought in to the capital region early this week as protests in the city turned violent. The protests came in the aftermath of the death of Floyd, a black man, who died after a white police officer in Minneapolis pressed his knee to Floyd’s neck for more than eight minutes. 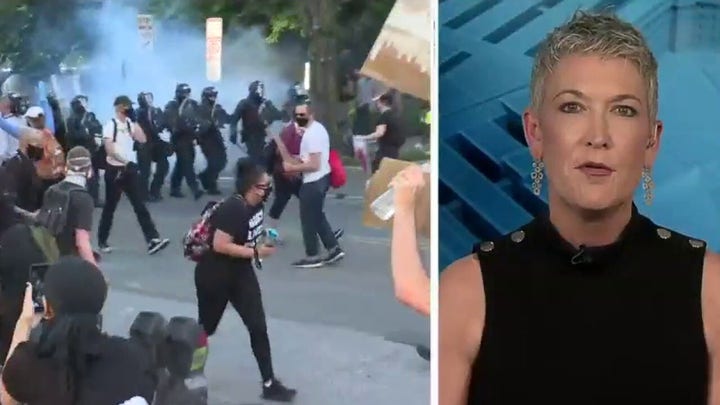 The active-duty troops were available but were not used in response to the protests.

However, more than 4,500 National Guard troops are still deployed to DC and various federal law enforcement officers are also patrolling the city, which has drawn the ire of lawmakers and advocates who are concerned about the militarization of the city and what they consider overzealous policing of peaceful demonstrations.

House Speaker Nancy Pelosi sent a letter to Trump Thursday asking for a full list of agencies involved and clarifications of the roles and responsibilities of the soldiers and federal law enforcement resources operating in the city. Democratic leaders were aghast by the use of force and chemical agents to clear a park Monday of peaceful demonstrators shortly before Trump left the White House for a photo op with a Bible in front of St. John's Church, which had been damaged by fire.

"We are concerned about the increased militarization and lack of clarity that may increase chaos," Pelosi's letter said.

Meanwhile, Washington DC Mayor Muriel Bowser is fighting Trump over the deployment of national guard troops from different states to the capital city-- which the mayor did not want. She said she only requested the100 D.C. National Guardsmen to line the perimeter of the White House, in a limited role and unarmed.

“We are examining every legal question about the president’s authority to send troops, even National Guard, to the District of Columbia,” Bowser said Wednesday.

The dust-up about the presence of out-of-state national guard troops escalated Friday when the Utah National Guard confirmed that 200 service members are being kicked out of hotels in the nation's capital.

Bowser said she has no problem with out-of-state National Guard members staying in DC hotels, but DC taxpayers won't pay their bills. She asked that whoever ordered those guardsmen to come to DC to handle their housing arrangements.

“We don’t think that soldiers should be in the nation’s capital,” Bowser said.