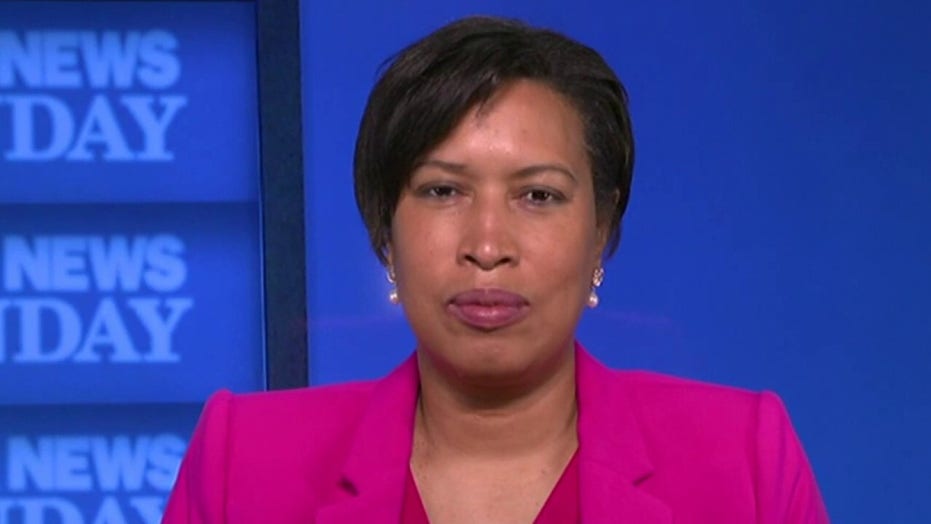 Washington D.C. Mayor Muriel Bowser on Friday unveiled the newly minted "Black Lives Matter Plaza" near the White House in an apparent tribute to the protesters who have advocated against police brutality and racism in the city over the past several days in the wake of the death of George Floyd.

Bowser tweeted a photo of what appeared to be a city worker affixing a street sign to a light pole on a section of 16th Street in the nation's capital.

The dedication of the plaza comes as there has been tension between President Trump and Bowser over the use of federal law enforcement and military resources to quell unrest in the district.

"I continue to be concerned that unidentified federal personnel patrolling the streets of Washington, DC pose both safety and national security risks," Bowser said in a letter Friday asking that Trump remove "federal law enforcement and military presence" from the city. She also warned that leaving that personnel in D.C. was "inflaming demonstrators and adding to the grievances of" people who are protesting against "racist and broken systems that are killing Black Americans."

Trump, on the other hand, at a press conference touting positive economic numbers Friday, encouraged states to call in the National Guard to help them "dominate the streets" as big cities are still dealing with protests following the death of Floyd, some of which have turned into violent riots.