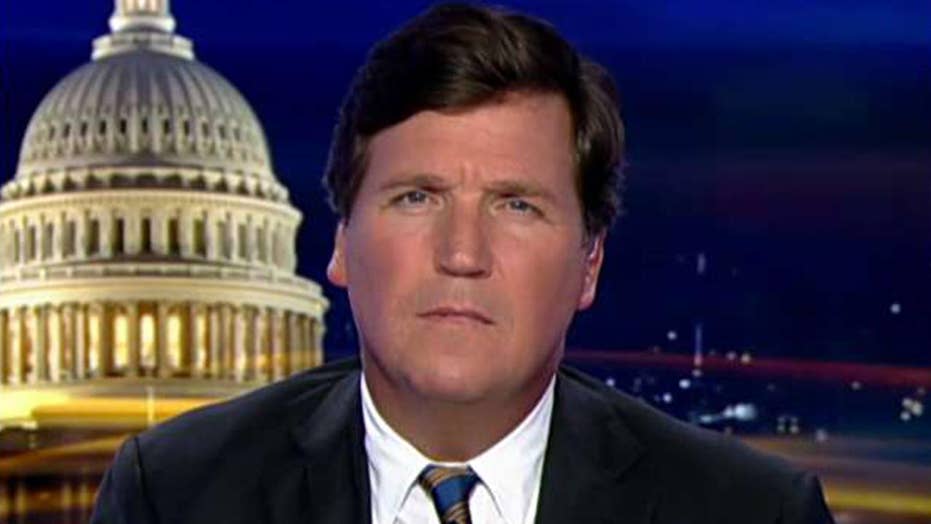 Tucker: Whatever the left accuses you of, is exactly what they are doing

It is the most reliable standard in politics.

In fact, take these words, put them on a piece of paper, put them on your fridge and leave them there because this is the Rosetta Stone to American politics and here it is: Whatever the left accuses you of is exactly what they're doing themselves  -- every time.

They'll scream at you for being a "racist," and yet, they're literally the ones imposing a system of inflexible racial discrimination on the entire country. They'll call you a "fascist" even as they work to eliminate the First and Second Amendments. And of course, they regularly attack their opponents as "sexist" while they protect actual rapists and abusers who are useful to them politically.

They guarded Ted Kennedy's reputation for decades, even after he killed a woman. They ran Bill Clinton for president twice. Meanwhile -- this just proves the theory right here -- Clinton's wife, Hillary Clinton, has made a career out of calling other people sexist.

Here's one among countless examples:

Hillary Clinton, as a presidential candidate in 2016: I went to Beijing in 1995 and said women's rights are human rights and human rights are women's rights. And I believe that with all my heart. When I was Secretary of State, I put women's rights at the center of our foreign policy, and I went to 112 countries for all of you. I raised it in every country. I looked across the table at dictators and authoritarians, and chauvinists and sexists and misogynists. Yes, I did. And I raised it with every one of them.

"I stared down misogynists and lived to tell the tale." On one level, it is hilarious. Enjoy it. On another level, it is nauseating. It is the opposite of the truth.

Hillary Clinton has spent her entire life closely connected to men who abuse women. Maybe that's why she feels the need to lecture you about feminism. It's a kind of projection. She has to feel virtuous even as she does the very thing she claims to hate. You'd really need to be Sigmund Freud to figure it all out. It's sick. But it's real. And we have more detail on it.

Excerpts from Ronan Farrow's new book were released on Wednesday. The book is called "Catch and Kill," and primarily it's about Harvey Weinstein and the many famous liberals who protected him.

For years it was an open secret that Weinstein abused women. In Hollywood, they laughed about it at award shows.

"Congratulations. You five ladies no longer have to pretend to be attracted to Harvey Weinstein," Seth MacFarlane said to laughter from the audience.

Whatever the left accuses you of is exactly what they're doing themselves  -- every time.

So they knew. That's beyond dispute. They knew.

So why didn't they do anything to stop the abuse? Well, it turns out because people like Hillary Clinton helped Weinstein get away with it.

Here's one example of it. In the summer of 2017, according to this new book, Farrow tried to schedule an interview with Hillary Clinton for another book he was writing about U.S. foreign policy. Hillary's publicist, a man called Nick Merrill, warned Farrow outright that a certain "big story" that he was working on was "a concern for us."

In other words, leave Harvey Weinstein alone. If you want to get what we've got. Stop it. Stop bothering Harvey Weinstein. That was the message to Farrow from Hillary Clinton.

Noah Oppenheim is still the president of NBC. Andy Lack is still the chairman, despite his own documented history of sexual indiscretions with NBC employees. Neither one has ever told the truth about the Harvey Weinstein cover-up.

Now Weinstein had been a longtime fundraiser for the Clinton family. Hillary wanted to protect him, no matter how many women he was hurting and there were quite a few apparently.

Several months later, Weinstein returned Hillary's favor. He sent an email to an NBC executive called Deborah Turness, and he pitched a docu-series about -- you guessed it -- Hillary Clinton. Turness called the idea "absolutely stunning."

When Farrow began his investigation, he may not have known this. He was still an NBC employee at the time. But he learned it when the company rejected his story on Harvey Weinstein, despite the fact he had it nailed. In the end, Farrow took the piece elsewhere and won a Pulitzer Prize with it.

So now we know why NBC passed on what turned out to be the scoop of the decade. According to Farrow's book, Weinstein had dug up allegations against "Today" show host, Matt Lauer and threatened to expose Lauer if NBC didn't quash the story about him.

So to protect their top talent, NBC let Harvey Weinstein get away with abusing women. And they've been lying about it ever since.

On Wednesday, for example, you may have seen this, NBC has been happy to talk about the brand new allegation against Matt Lauer. In fact, that allegation may be the weakest claim in Farrow's book.

But for NBC, it doesn't matter. That claim has been a godsend. If they can keep talking about Matt Lauer, maybe no one will notice that NBC News, at the very highest levels, covered up for Harvey Weinstein. That's their plan. And sadly, it may work.

As revealing as Farrow's book is -- and it's a public service -- a lot of this was obvious two years ago. At that time, our sources told us that NBC News President Noah Oppenheim knew all about Harvey Weinstein's behavior and actively worked to keep it secret.

In 2017, we at "Tucker Carlson Tonight" reported the following:

In addition to being the head of NBC News, Oppenheim is a Hollywood screenwriter with deep ties to the movie business and to the Democratic Party establishment. Could it be that Oppenheim had a business relationship with Harvey Weinstein or Weinstein's company? It's not a far-fetched possibility at all.

And yet as of earlier today, Oppenheim and NBC, when asked directly refuse to say. Noah Oppenheim ought to resign immediately. And if he doesn't, he ought to be fired immediately by NBC's parent company, Comcast.

So we tried. But two years later, Noah Oppenheim is still the president of NBC. Andy Lack is still the chairman, despite his own documented history of sexual indiscretions with NBC employees. 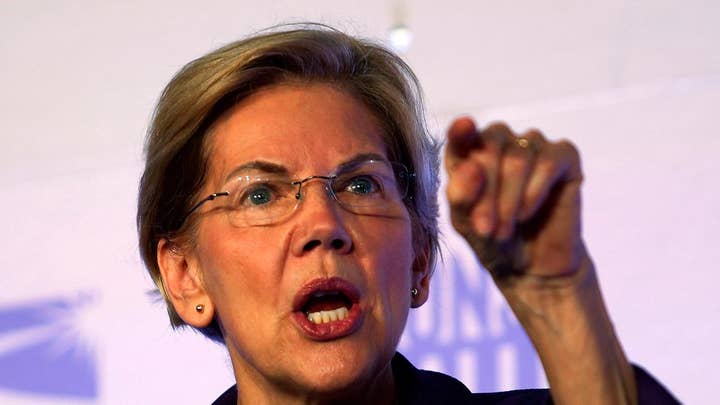 Neither one has ever told the truth about the Harvey Weinstein cover-up.

Even this week, on Wednesday, in a long and bizarre letter to employees that one of those employees just sent to us, Andy Lack was still lying about it.

And that tells you everything about them.