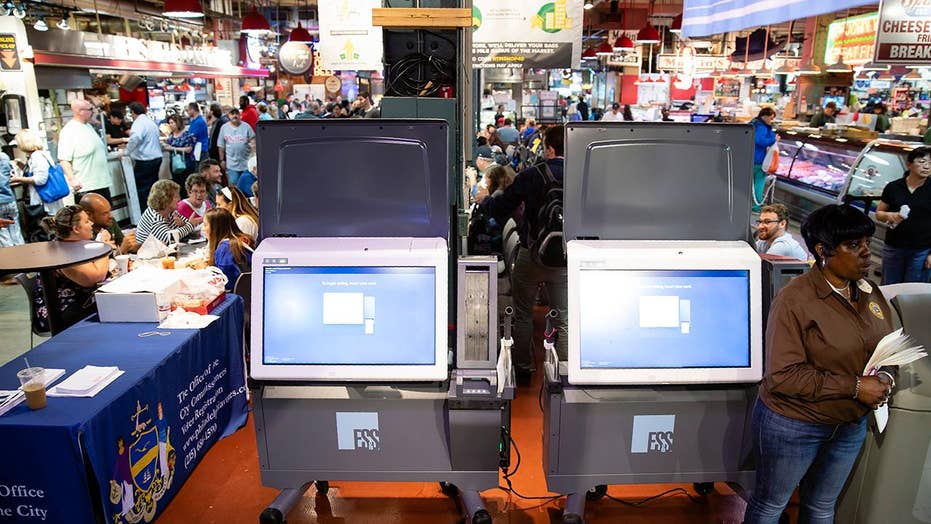 What role will Hispanic voters play in the presidential election?

Hispanic vote could prove critical in 2020; panel reaction and analysis on 'The Story.'

President Donald J. Trump is committed to reaching every Hispanic voter to share his strong record of accomplishments in helping Hispanics achieve the American Dream.

Unlike the Democrats, the president will not take Hispanic voters for granted. This September, the Trump campaign launched the Latinos for Trump coalition that focuses on connecting Hispanic voters and training volunteers to register new Latino voters for the 2020 elections all across America. Trump will continue to fulfill his promises to Hispanics of building a stronger, safer and more prosperous America.

Democratic presidential candidates believe that by making carefully-rehearsed Spanish language appeals they can win Hispanic voters. Behind the Democratic curtain is a radical socialist agenda that will fundamentally change America as we know it and ultimately hurt Hispanic Americans. They support infanticide, eliminating private health insurance and abolishing the fossil fuel industry, which would cause job lose and raise bills for millions of Americans. They also will raise taxes on middle-class Americans. The result would be a weakened economy impacting Hispanics workers.

LIZ PEEK: TRUMP IS GAINING AMONG HISPANICS (YES, DEMS, WE KNOW YOU ARE SHOCKED)

A larger problem exists for Democrats: their obsession since day one with impeaching the president rather than spending time on working for the American people. Their emotional knee-jerk reaction with no evidence has led to the Democrats to pursue a reckless path of initiating an impeachment inquiry, which will drag this country into endless hearings and investigations. This sounds eerily similar to the Russian hoax fiasco that the Democrats manufactured over the past two years.

While the liberal Democrats play political games, Trump will remain focused on Hispanic workers across the country. Under his leadership, more than 2.4 million new jobs have been filled by Hispanic American workers — representing a massive share of the 6.3 million new jobs created since the president's election. Hispanic median family income has also hit its all-time high in the Trump economy, while the Hispanic poverty rate has reached an all-time low.

Trump kept his promise to make the economy work for all Americans, and that will have lasting effects on Hispanic family wealth for generations to come. Before Donald Trump took office, the Hispanic American unemployment rate had dipped below 5 percent only once in the entire time that the government has tracked that data. Under Trump, we’ve beaten that mark not once, not twice, but an astounding 21 times in just 32 months.

That unprecedented economic prosperity came about thanks to strong leadership and competent policies, not the sort of identity politics that the Democrats routinely direct toward Hispanic Americans by promising open borders, a Green New Deal, and socialized medicine.

We can’t afford to go back to the failed policies of the Obama era, which choked our economy with burdensome taxes, job-killing regulations, and globalist trade policies that hurt American workers.

I’ve seen the enthusiasm of Trump’s Hispanic American supporters all around the country and it’s absolutely electric. Democrats have another thing coming to them if they expect us to get behind their prosperity-destroying, big-government agenda in 2020.

I had the honor of working with the president in the White House and I saw first-hand how he focused on finding common-sense solutions to complex problems and showing compassion to those in need while being tough on our adversaries. He is transparent and voters will always know what he thinks unlike the corrupt selfish politician.

Trump wouldn’t have been elected in 2016 without the support of millions of Hispanic voters, and he’s validated their choice by creating an economic boom that has made Hispanic Americans more prosperous than ever before. There’s no better way to ensure our community’s continued success than to turn out in even greater numbers to reelect the president next year to continue fulfilling his promises to us.

For the millions upon millions of Hispanic Americans who feel exactly the same way, there’s only one reasonable choice when we head to the voting booth next year: four more years of the administration that’s delivered the greatest economic boon ever for our families. But we will need Hispanic voters to stand up against the radical and socialist Democratic agenda and join Latinos for Trump.

Mercedes Schlapp is a Senior Advisor to Donald J. Trump for President Inc. and was formerly the White House Director of Strategic Communications in the Trump administration.