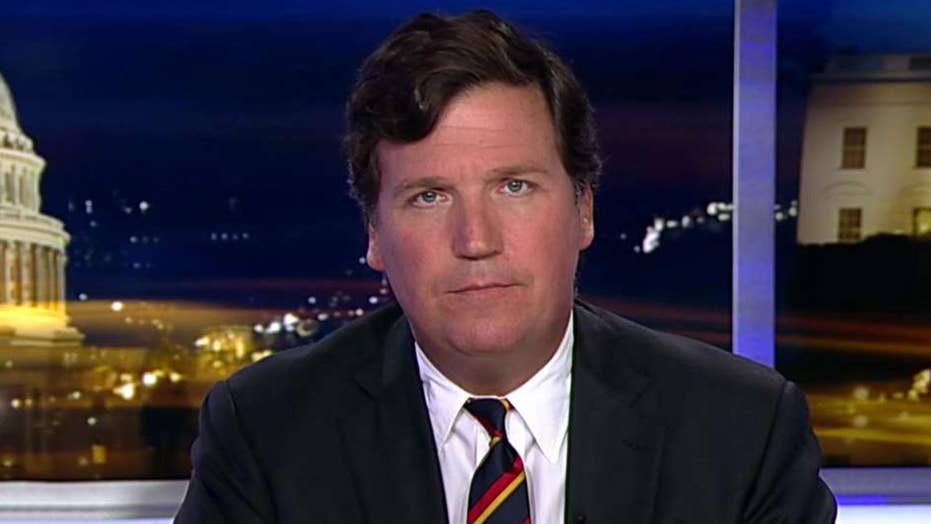 Tucker: Kamala goes from dominating to dropping out

Sen. Kamala Harris pulls out of the 2020 presidential race.

Sen. Kamala Harris of California has ended her presidential campaign. "What does this mean for America?" you ask. "Where do we go from here? Who will lead this nation forward through darkness into light?"

All good and fair questions. In time, once passions have cooled and despair has congealed into a kind of sorrowful wisdom, we will know the answers. But for now, it's enough to pause and celebrate what was, for a brief but electric moment, the single most profound and transformative -- if entirely scripted and corporate -- political moment in the history of this country.

Here, so you can relive the blessed moment, is how the wise men of our press corps heralded the arrival of our new messiah, Kamala D. Harris:

Kyung Lah, CNN correspondent: She wants to speak truth and to defend the America she says she knows and believes in.

Chris Matthews, host of "Hardball with Chris Matthews": There's a new challenger to Trump, and she's drawing huge crowds. Senator Kamala Harris from California kicked off her campaign this week and surrounded by -- look at that crowd. Trump must be envious as hell.

Karine Jean-Pierre, MSNBC political analyst: Boo-hoo! They're not enough white guys. I think it's about time. I think it's great that it's diverse and that we have two African-Americans in this race.

John Berman, CNN anchor: What struck me was her word choice, how she kept on saying, "We, we, we."

John Avlon, CNN political analyst: I think she's going to be top tier right out of the gate.

Hear that? "Top tier! Right out of the gate!"

People are so stupid. It's almost unbelievable. And yet, it is a measure of the media's ability -- at least in the short-term -- to sell almost anything, even something as synthetic -- as totally synthetic -- as the Kamala Harris for president campaign.

And they did because for awhile, Harris looked like a real candidate. At one point, she even seemed to dominate a debate. Remember this attack?

Kamala Harris: I'm going to now direct this at Vice President Biden. I do not believe you are a racist ... but you also worked with them to oppose busing. And you know, there was a little girl in California who was part of the second class to integrate her public schools, and she was bused to school every day. And that little girl was me.

You know, they used to say you could leave a Twinkie outside forever and it would never get rigid because it was that fake. -- That was Kamala Harris.

But what you just saw turned out to be the apogee of her campaign -- her one big moment. But soon, it evaporated. Voters realized that making Joe Biden look bad isn't actually much of an accomplishment. It's not that hard.

And then Harris had to admit that, actually, she didn't really herself support mandatory school busing because voters of all colors hate it because it's actually insane.

Pretty soon, Tulsi Gabbard was attacking Harris, too, for her past as a prosecutor, and then it was all over.

Kamala Harris is a 55-year-old woman who still has no freaking clue who she is or what she actually cares about. That's why she lost.

Harris was mired in the single digits. She never got out of them. Her fundraising was shot. The campaign was doomed and it was obvious to everyone.

By October, Harris knew that she was done. So, she started making preemptive excuses for failing to preserve her chances of getting picked as someone else's vice president. The problem, she explained, was how racist and sexist America is.

Harris: What I describe and what I believe to be the elephant in the room about my campaign.

Interviewer: What is that?

Interviewer: What do you mean?

Harris: Electability. You know, essentially, is America ready for a woman -- and a woman of color -- to be President of the United States?

Interviewer: America was ready for a black man to be president of the United States.

Harris: And this conversation happened for him. There is a lack of ability or a difficulty in imagining that someone who we have never seen can do a job that has been done, you know, 45 times by someone who is not that person.

But wait a second. Joe Biden, who's white, is getting far more support from black voters than Kamala Harris ever did. So, that means that America is racist? How exactly does that work?

They used to say you could leave a Twinkie outside forever, and it would never get rigid because it was that fake. That was Kamala Harris.

Never mind. Stop asking questions. Logic is bigotry. Listen instead to MSNBC explain how the failure of some silly dilettante’s campaign means that America itself is bad.

Joy Reid, host of "AM Joy": The narrative around the Democratic primary seems to be very bullish toward white male candidates and lukewarm on women and minorities.

Michele Bernard, CEO of the Bernard Center for Women, Politics & Public Policy: For some reason, the media seems fixated on issues about her campaign and her electability that we don't see with other men. And there's no other reason that you can explain it, I believe, other than sexism.

Dana Milbank, Washington Post columnist: I think this is sort of silly journalism. But underlying that is this deep level of sexism that's out there, more of it on the Republican side.

Yeah, it was very difficult for people to get past that fact. And that was the thing that people really hated -- really hated -- about Kamala Harris, that she wasn't a white male. Black voters hated it especially. They were enraged by it. And that's why they backed Joe Biden as a form of protest.

Keep going, MSNBC. Tell us more about how the civil rights thing works. Wait a second -- CNN wants to jump in on this, too. OK, go ahead, Jeff Zucker Channel. What exactly does Kamala Harris' failure mean to you?

Jeff Zeleny, CNN senior White House correspondent: We're going to be ending the year with a lot of older candidates, several white candidates. So, this is something that certainly-- the field is not ending in as much of a diverse fashion as it started in.

Brianna Keilar, CNN senior political correspondent: I thought that was a really interesting point there at the end Jeff made. This becomes an older and whiter field for the top tier candidates.

Gloria Borger, CNN chief political analyst: It certainly does. The field is looking a lot whiter and a lot older.

Day by day, the progressive brain is shrinking like an apple left in the sun. For the left, there are now only three possible explanations for why things on Earth happen: racism, sexism or Russia. If a phenomenon cannot be attributed to one of these three things, the left is baffled like a dog staring into a mirror. Got it? Racism, sexism, Putin! Nothing else is real.

Well, it's a limited world view, to put it mildly. In fact, there could be other reasons that Kamala Harris failed.

Just the other day, for example, the New York Times profiled her campaign as it went through its death rattles. The piece had some revealing details like this one: "Extensive polling led Harris to believe there was great value in the word 'truth.' So, she titled her 2019 memoir 'The Truths We Hold.'"

No word on whether she actually read the memoir. Continuing the quote: "...And made a similar phrase the centerpiece of her early stump speech, 'Let's speak truth.'" 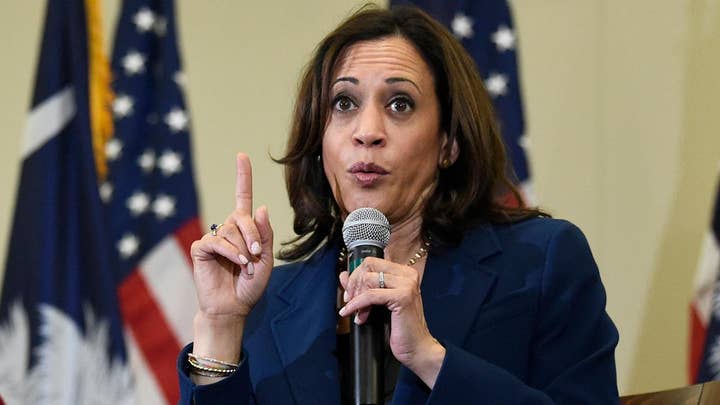 Well, for once, The New York Times was not exaggerating. Kamala Harris uttered the words "speak truth" over and over and over again in her campaign speeches.

So, here's a little quiz for those of you at home who are thinking maybe someday about running for president. Is it enough if you want to be president simply to repeat the same word over and over and over again like a magic talisman? Will that get you elected president? Probably not.

More detail from the New York Times piece: "She dropped the saying about truth out of a belief that voters wanted something less gauzy. Today, her aides are given to gallows humor about just how many slogans and one-liners she has cycled through, with one recalling how 'Speak Truth Spring' gave way to '3:00 a.m. Summer' before the current Trump-focused 'Justice Winter.'"

It's pretty hilarious. But it would be unfair to blame the failure of her campaign just on messaging. The substance was off, too.

Harris campaigned -- you remember, or maybe you don't -- on a teacher pay raise and a middle-class tax cut, but then found out, to her surprise, that those policies didn't seem to be resonating with Democratic primary voters. So, soon she was actively downplaying her own ideas and desperately trying to find a new persona for herself.

In other words -- and this is the problem -- Kamala Harris is a 55-year-old woman who still has no freaking clue who she is or what she actually cares about. That's why she lost, and thank God she did.