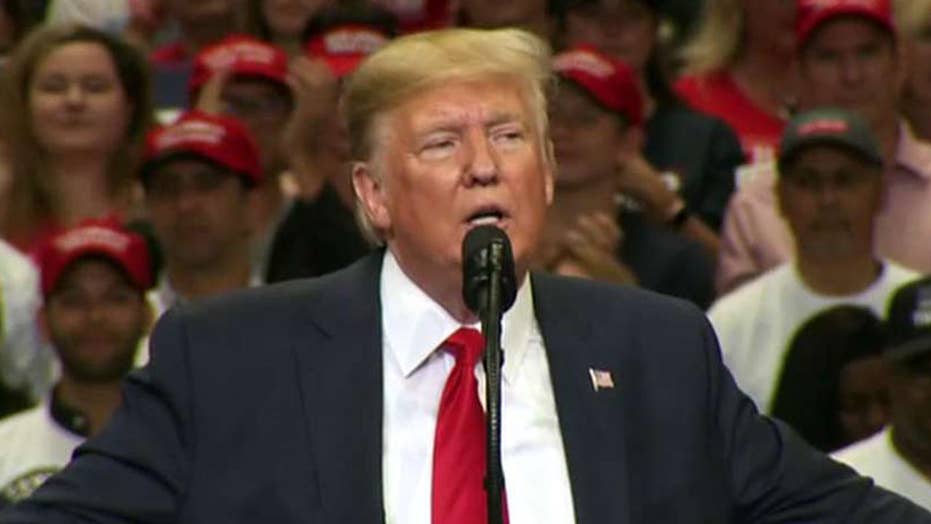 Panel reaction and analysis to President Trump's campaign rally in Dallas, Texas on 'The Ingraham Angle.'

There is a "disconnect" between Washington, D.C. and the rest of America regarding Syria, this according to RealClearPolitics.com co-founder Tom Bevan who was reacting to President Trump's rally.

"I was just in Washington yesterday and we spent all week talking about Syria and the Kurds," Bevan said on "The Ingraham Ingraham" Thursday.  "And you saw the disconnect on display with Trump out in the heartland, now making his case and the response that he got about bringing troops home, rebuilding the military to keep it strong."

President Trump headlined a campaign rally in Dallas on Thursday, just hours after Energy Secretary and former Texas Gov. Rick Perry announced he would soon step aside amid scrutiny from House Democrats conducting an impeachment inquiry -- and a week after chaos and violence broke out at a Trump rally in Democratic-leaning Minnesota.

During the rally the president addressed his decision to withdraw troops from northern Syria a decision that many Republicans have been critical of.

Host Laura Ingraham asked Bevan if the "issue" was something he could run on again.

"It's something that he did run on. It's something that has widespread support across the country. I think the only thing that Trump, you know, runs the risk of here is if ISIS reconstituted itself and starts creating some havoc before his election next November," Bevan said.  "But just if that doesn't happen, there is widespread support and it's a definite disconnect between what what people in sort of the heartland think, a real America, versus what everybody is talking about inside the Beltway."