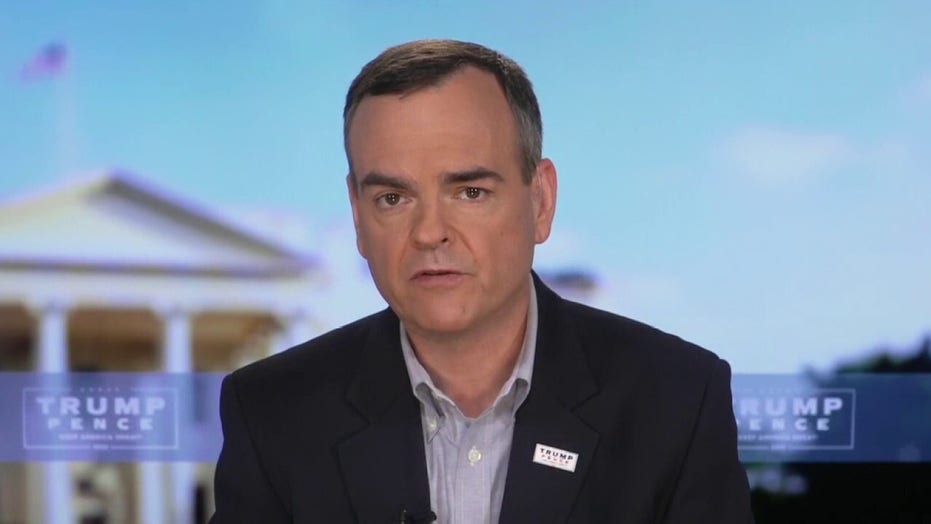 “'Defund the police' is a real movement that is actually sweeping the Democratic Party," Murtaugh told “Outnumbered Overtime." "This is not something that we at the Trump campaign or Republicans anywhere made up."

“All you have to do is look around the country and see exactly what’s happening," Murtaugh added. "When these folks say 'defund the police,' that’s precisely what they mean.”

Calls for defunding or even disbanding police departments have gained momentum among left-wing activists in the aftermath of Floyd's May 25 death in Minneapolis. That city's councilmembers have since indicated that they have enough votes to disband their police department.

However, several key Democratic have come out against defunding police. Sen. Cory Booker, D-N.J., said Sunday that it is "not a slogan I will use." On Monday, presumptive Democratic presidential nominee Joe Biden's campaign released a statement saying Biden “does not believe that police should be defunded.”

Murtaugh said that the mayors of the two largest cities in the United States, New York and Los Angeles, have already shifted money away from police departments.

He also noted that Democratic politicians who are supporting the movement -- such as Rep. Ilhan Omar, D-Minn., Rep. Alexandria Ocasio Cortez, D-N.Y., and Rep. Bennie Thompson, D-Miss., -- are all backing Biden’s candidacy.

“Joe Biden is on the defund train whether he knows it or not," Murtagh said, "and it has already left the Democratic station.”