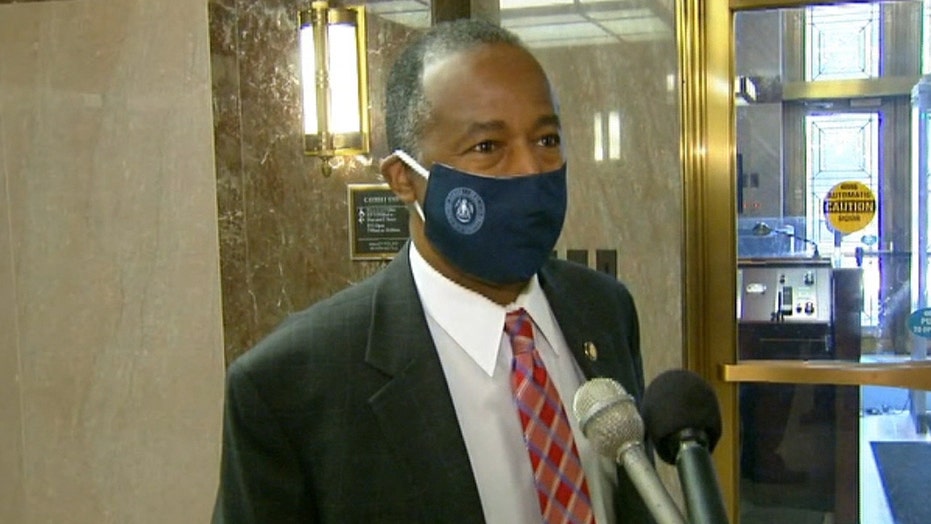 Raw video: Secretary of Housing and Urban Development Ben Carson weighs in on the calls for defunding police.

Housing and Urban Development Secretary Ben Carson called the idea of defunding police departments "irrational," and claimed that even people who are calling for it now will realize it in time.

Calls for defunding or even disbanding police departments have gained momentum among Democrats in the aftermath of George Floyd's death.

"Well, it’s low-income communities where the police are needed the most," Carson said Tuesday ahead of a Senate Committee Banking, Housing, and Urban Affairs Committee hearing. "Places where there's a lot of criminal activity, obviously you need to police. So, as usual, when people make decisions when they're emotional, and they're angry. They don't think it through, and that's what this, it will go away. When people have time to think it through and realize how irrational it is."

Following Floyd's death in Minneapolis, that city's councilmembers have indicated that they have enough votes to disband their police department. Liberals have suggested that communities would better be served via alternative social programs.

"Social programs are important," Carson said. "And they're part of the entire system, but they're not the front line, when somebody is committing a crime, that’s just silly."

Several top Democrats have come out against defunding police. Sen. Cory Booker, D-N.J., said Sunday that it is "not a slogan I will use." On Monday, presumptive Democratic presidential nominee Joe Biden's campaign released a statement saying Biden “does not believe that police should be defunded.”