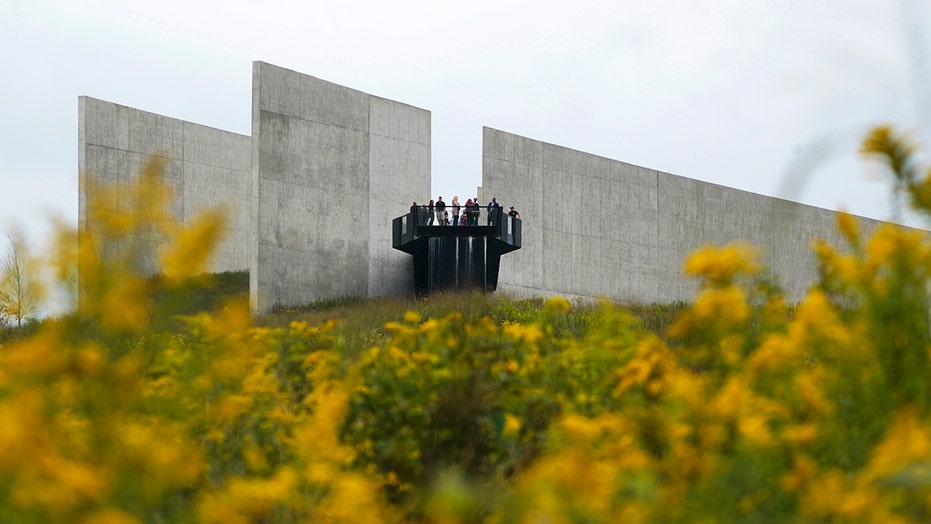 President Trump praises 'true heroes' of Flight 93; reaction and analysis on 'The Five.'

Americans have not forgotten those lost on Sept. 11, 2001, but have forgotten some of the "living reminders" of that tragic day, "The Five" co-host Greg Gutfeld posited Friday.

"We have forgotten the role of the living first responder, the first responders defined by getting there first," said "The Greg Gutfeld Show" host. "They get there first so you don't have to, and when they get there, they never know what they are going to get -- whether it's a terror attack or a bank robbery, or a domestic abuse call.

Gutfeld added that "it saddens me that we have gone -- in 19 years -- from reverence and respect to demonization, and maybe that's just what happens with time."

The panel then recalled that heroic actions of passengers on board United Airlines Flight 93, which crashed in Shanksville, Pa. after passengers stormed the cockpit in an attempt to regain control of the plane from hijackers.

"You know, they didn't go down without a fight," Gutfeld said of the passengers. "I can't really think about that experience without getting emotional about it.

"But we said that we would not forget but we have. We have forgotten something really important and it's tragic."