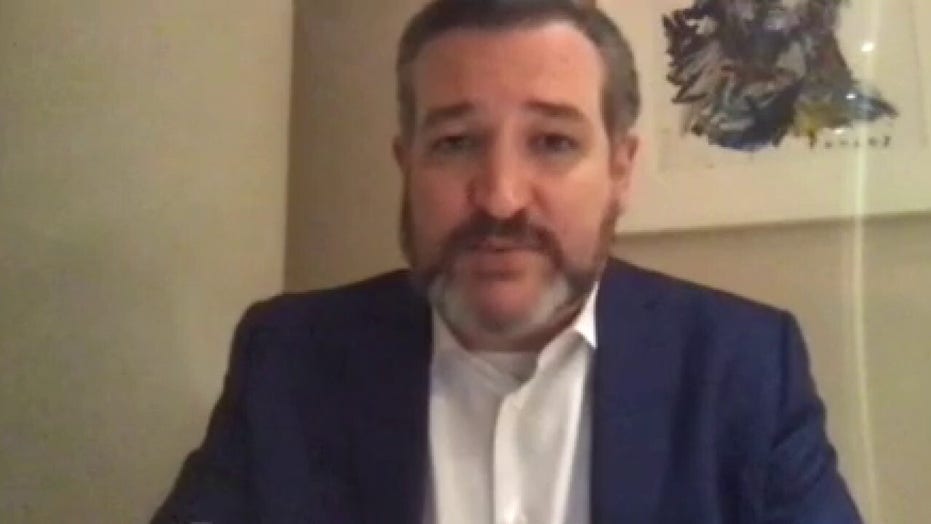 What Barack Obama and Joe Biden did was much worse than Richard Nixon's abuse of power, says Texas Sen. Ted Cruz, Republican member of the Senate Judiciary Committee.

The actions of former President Barack Obama and former Vice President Joe Biden in the early days of the Russia investigation were "much, much worse" than Richard Nixon's during the Watergate scandal, U.S. Sen. Ted Cruz, R-Texas, said Wednesday.

"This was, from day one, a politicized, partisan targeting of the president -- of his campaign, of his team, of General [Michael] Flynn, of Carter Page. It was wrong. It was abusive," Cruz said during an appearance on Fox News' "Hannity."

"Take everything Richard Nixon did in office that was wrong -- abusing power -- and by any measure, what Barack Obama and Joe Biden did was much, much worse."

Earlier Wednesday, former Deputy Attorney General Rod Rosenstein appeared before the Senate Judiciary Committee -- on which Cruz serves -- as the first witness in a new investigation into the origins of the Russia probe. During his testimony, Rosenstein acknowledged that he would not have signed a surveillance-warrant renewal application for former Trump campaign aide Carter Page had he known about the since-revealed "significant errors" in that application.

Cruz pressed Rosenstein on why he didn’t ask more questions about the probe he once oversaw, which he described as one of the most important investigations at the Justice Department at the time, and accused Rosenstein of being either "complicit" or "grossly negligent."

"'I see nothing. I hear nothing.' That was Rod Rosenstein's defense today," Cruz told host Sean Hannity. "Every element, essentially, he signed the papers in front of him. He said he just didn't read the FISA applications, that he kind of read it quickly, but not every word.

"And he just took the FBI's word for it," Cruz said. "So the fact that you had an FBI lawyer fraudulently altering documents, he didn't ask any questions."

"Listen, the reason someone is put in a leadership position at the Department of Justice or the FBI is to lead, and that means if it has been corrupted and turned into a partisan weapon, you've got to ask the hard questions," Cruz said. "And sadly, what his testimony today was is that he did not."