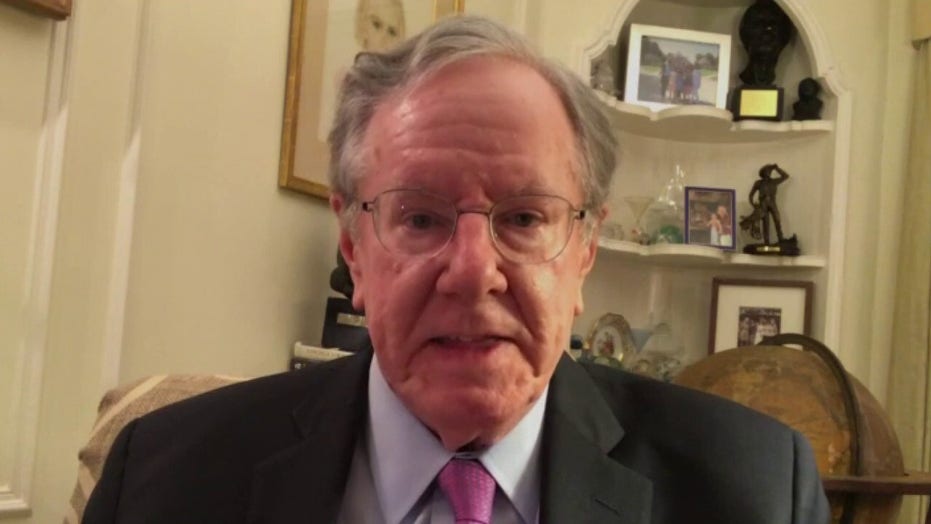 Former Republican presidential candidate Steve Forbes appeared on "The Ingraham Angle" where he criticized Congress for dragging its feet on the coronavirus stimulus bill and reacted to the report saying over 3 million people have filed for unemployment.

"You're gonna see bad numbers and not only this week, but in the weeks to come. We know that when you take 30, 40 percent of the economy out of commission, you're going to get massive unemployment rapidly," Forbes told host Laura Ingraham. "That's why they're having this bill. Thousands, tens of thousands of businesses face ruin. That's why they need relief right away."

Forbes continued to lambasted Democrats for delaying the bill.

"And that's why the Democrats are putting in this bill more bureaucratic procedures, so-called oversight, will delay the money going out by several days,"Forbes said. [If they'd] done it a week ago a lot of these businesses would have seen the signs that they could stay in business.

The Forbes Magazine editor-in-chief also spoke of a "laser-like" approach to reopening the economy.

"I think that we can have parts of the country be able to go at least partially back to work. People like me over the age of 70, part of the population that is really vulnerable, we may have to stay quarantined, so to speak, for a while longer," Forbes said. "But you can take a more laser like approach and get more people back to work. Then you can focus on those businesses that are still hurting and get assistance to them."

Forbes did take issue however with both parties putting in provisions in the stimulus bill that the government would take stock in businesses.

"I don't like the idea of the government taking stock in these companies, "Forbes said. "You make the loan, you charge the interest, but leave the socialism to Bernie Sanders. This is just going to be trouble down the road."