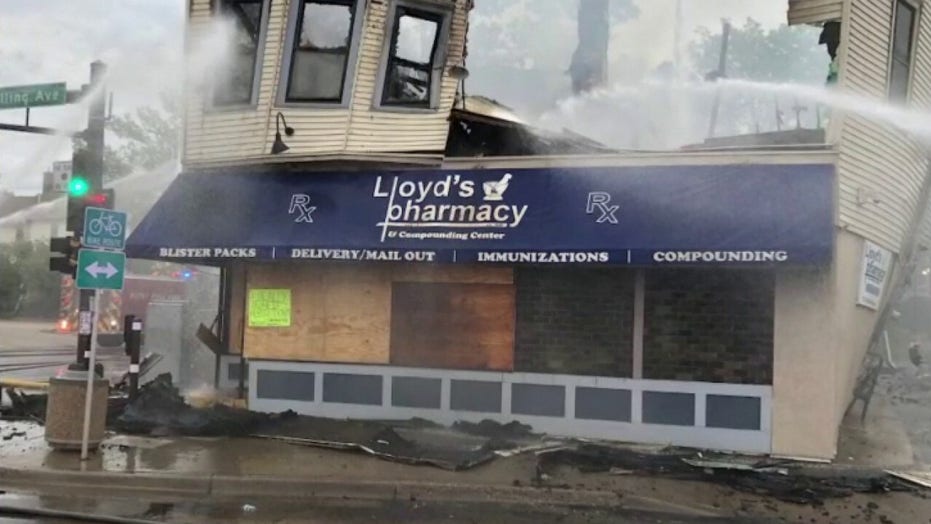 “When we were being looted and broken into, the police were spread pretty thin and no one responded to that,” said Jim Stage, the owner of Lloyd’s Pharmacy in St. Paul, Minnesota, which has been in the area for over 100 years.

He went on to note that first responders showed up only after looters set his pharmacy on fire. Stage said firefighters “worked tirelessly all night” to battle the flames.

Stage said his business was gone, but he planned to rebuild as soon as possible. “We’re trying to take care of patients as best we can amidst this,” he added.

When asked if he could fulfill all of his customers’ prescriptions, Stage said he has been able to “triage” patients by sending some to his other pharmacy in nearby Roseville.

“My staff has worked tirelessly to make that happen,” Stage said. “There is [sic] probably about 12 pharmacies that were hit in the Twin Cities, and so, we’re filling whatever we can for people and they’re doing a great job of it.”

Cities across the country have been trying to get a handle on the widespread unrest after video captured the police-involved death of George Floyd on May 25.

John Lane, the co-owner of Winking Lizard Tavern in Ohio, also told “America’s News HQ” on Sunday that looters hit his story as he was getting ready to reopen -- after it closed back on March 15 as the coronavirus spread.

“We have 18 restaurants, 1,300 employees and we were gradually opening our restaurants and we got hit with a riot last Saturday,” he explained, adding that he watched the destruction live on security cameras.

“The painful thing is that our people have been out of work since [March 15],” Lane said. “All of our managers and 95 percent of our people want to come back to work, and now we are under another delay.”

Lane said there was “some structural damage to the building” and he did plan to rebuild, but “we don’t know exactly when that’s going to happen.”