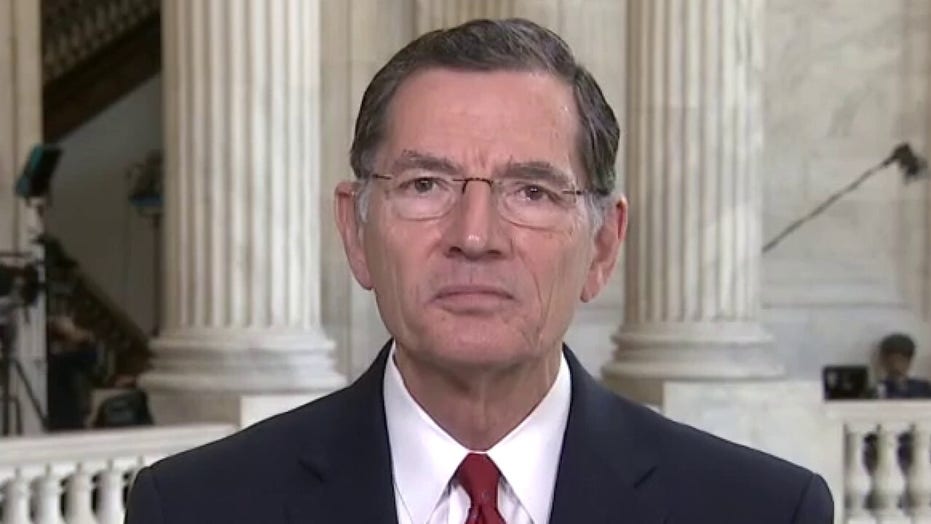 In an interview on "America's Newsroom" with host Ed Henry, Barrasso called for a bipartisan solution -- one that would ensure a death like George Floyd's would never happen again.

"But, let me just say with the funeral coming up within the next hour, what happened to George Floyd should never happen to anyone at all in America ever. Not equal justice under the law," he stated. "Members all across the country are listening, they have seen the video, [and] they are paying attention. People in Wyoming have met and marched and done it in large numbers and peacefully.

"We need a bipartisan solution -- something that is lasting," Barrasso urged, noting it could even be named the "George Floyd Act."

Artist Anthony Pittman holds an image of George Floyd Monday, June 8, 2020, in Los Angeles during a protest over the death of Floyd who died May 25 after he was restrained by Minneapolis police. (AP Photo/Marcio Jose Sanchez)

"But I will tell you, Ed, when I hear this call by Democrats all across the country to defund to the police: to me, that is dangerous. That is inviting crime without punishment," he asserted. "The police have a vital role as public servants, lots of responsibility to provide safety and security. And, as opposed to taking resources away, I think they made need more – more for training. There’s lots of improvement that needs to be done and I think they need more resources to get that done."

Those calling for defunding would, instead, allocate funds -- which might normally go to gear and pay -- on other things activists say would better serve their communities.

Some Democratic leaders have already complied, slashing budgets over police unions' objections. The Minneapolis City Council, however, announced their support for dismantling the city’s police department entirely -- hoping for a different, community-based approach to peacekeeping.

Democrats and Republicans alike -- spurred by two weeks of nationwide protests -- have taken notably separate action working on police reform. That said, though Republicans are unified in their opposition to defunding or disbanding police, some Democrats take a similar position -- including 2020 Democratic nominee Joe Biden. 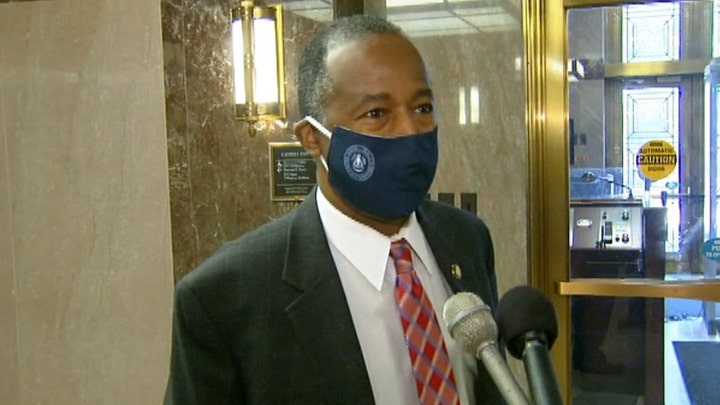 According to Barrasso, there are things that can be done to benefit all Americans regardless of affiliation.

"We need bipartisan lasting solutions and Republicans are committed to doing that."