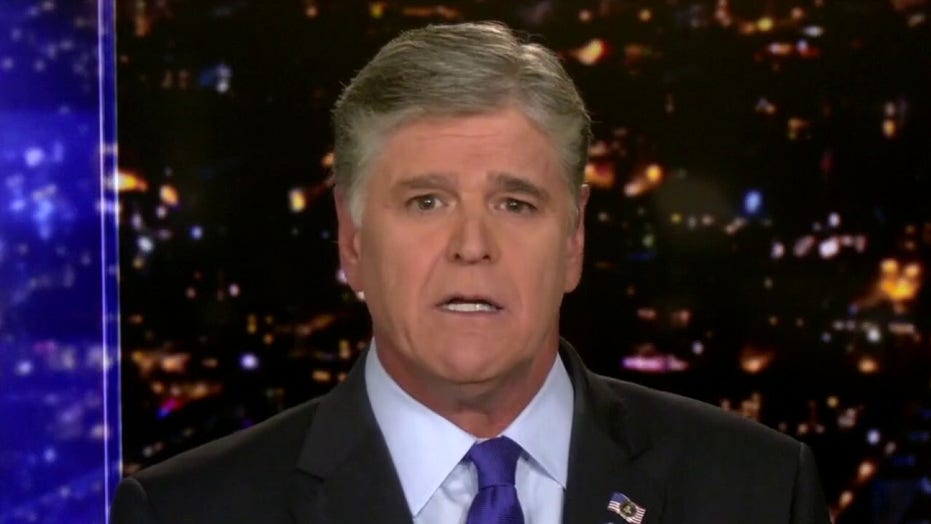 Hannity: America is at a tipping point

Law and order, peace and safety or liberal lawlessness and total anarchy.

Sean Hannity opened Thursday night's editon of "Hannity" by warning that mass call outs or retirements of police officers have the potential to create a major public safety issue as America's elected officials debate law enforcement reform and the "defund the police" movement rages on.

"This nonstop rush to judgment is intensifying all around the country, especially in big cities, by the hour," Hannity said.  "This madness to defund, dismantle, destroy police departments is now a clear and present danger to the entire country."

The host explained that well-meaning, law-abiding people have already begun leaving major cities and Democrat-run states like California to avoid a massive tax burden, and now public safety is coming into the equation.

"Look at the city of Atlanta ... " Hannity said. "We are now seeing the beginning, it actually has a name. A lot of police are calling in sick. The name [is] 'blue flu.' Large numbers of officers are calling in sick, basically saying, 'You know what? Enough is enough' folllowing the charges in the [Rayshard] Brooks case.

Closer to home, Hannity cited a New York Post reported that NYPD officers are being encouraged to contract "blue flu" on July 4, though he noted that a department spokesman denied a strike would take place.

"Really? Can you guarantee that?" the host asked. "Because of that happens, not just in New York City but cities across the country, I promise you that will not end well for we the people.

"It is now becoming untenable for the good police officers to do their jobs and do them safely with the support of the community and those politicians. It is disgraceful, unfair, unjust, and it is happening. They rush to judgment, [make] broad sweeping generalizations [that] they are all racist," said Hannity, who noted that many big-city police departments in America are majority-minority.

"While I don't necessarily endorse the idea of the 'blue flu' because of what could potentially happen, we have to ask ourselves, put yourself in their shoes, how would you be feeling today? In other words, would you like being called a racist or thought of as a racist or as we have seen in New York, have buckets of water poured on your car and then be assaulted and not have a mayor that supports you?"