President Trump may consider reported contact between the Ukraine whistleblower and Rep. Adam Schiff's, D-Calif., House Intelligence Committee as free reign to disparage the impeachment inquiry, according to Tom Bevan.

Schiff also appears to have not been completely forthright about said contact with the whistleblower in the past, the Real Clear Politics co-founder claimed Wednesday on "Special Report."

"As everybody's racing to try and frame the narrative, this is a gift to Donald Trump in the sense that he can now muddy the waters and say 'look, this was a setup -- this was a fraud -- this is a hoax'." 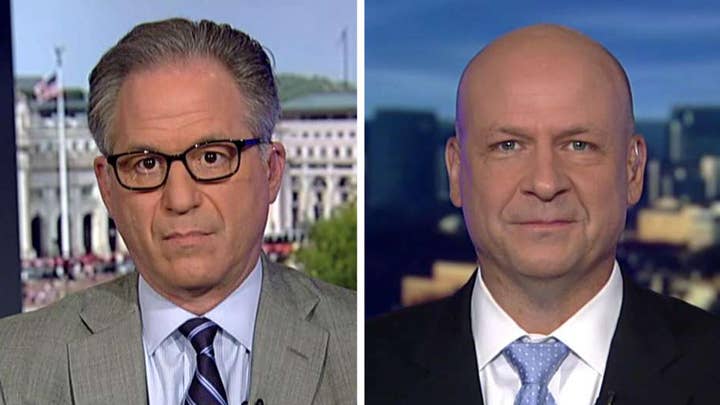 Already, the president has called the impeachment inquiry over his transcribed phone call with Ukrainian leader Volodymyr Zelensky a "hoax" and earlier Wednesday called Schiff a "fraud."

A spokesman for House Intelligence Committee Chairman Adam Schiff, D-Calif., had acknowledged for the first time on Wednesday that the whistleblower alleging misconduct in the White House had reached out to Schiff's panel before filing a complaint -- prompting President Trump, in an extraordinary afternoon news conference at the White House, to accuse Schiff directly of helping write the document.

"It shows that Schiff is a fraud. ... I think it's a scandal that he knew before," Trump said, as Finnish President Sauli Niinisto stood at an adjacent podium. "I'd go a step further. I'd say he probably helped write it. ... That's a big story. He knew long before, and he helped write it too. It's a scam."

He said Pelosi, D-Calif., has afforded herself maximum flexibility in that without the vote, her committees can issue subpoenas but the minority -- Republicans -- cannot petition for them.

On the flip side, he said, Republicans can tag the inquiry as mostly political because the San Francisco lawmaker has not taken the formal step of making it a "serious inquiry."

Fox News Gregg Re and Catherine Herridge contributed to this report.