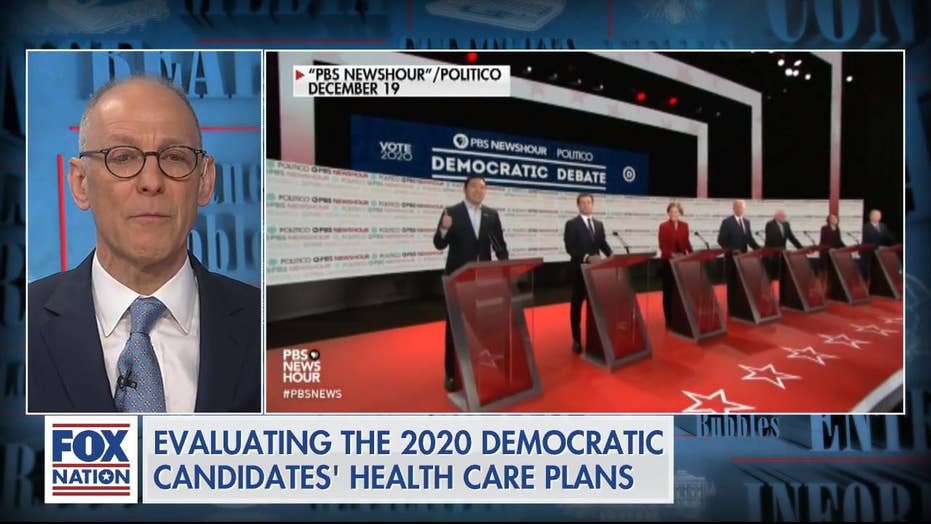 Dr. Zeke Emanuel -- a so-called architect of former President Barack Obama's Affordable Care Act -- is not a fan of some of the health care insurance proposals coming from the 2020 Democratic presidential candidates.

"I don't think that's necessarily good," said Emanuel.  "I don't think politically it's going to pass. And I'm not an advocate of that as a plank for the Democrats.

"I just don't think that's a way of going forward because of a series of reasons and the country is not there," he continued.

In fact, Emanuel said that the Obama administration avoided pursuing a 'Medicare-for-all' model because it lacks sufficient public support.

"That's why when we did the Affordable Care Act, we didn't do what Bill Clinton tried to do, which was get rid of private insurance companies," recalled Emanuel.  "The country isn't there and there's no reason to try to push it there because we're getting resistance. You've seen that in the polling numbers."

However, Emanuel pointed out that several leading 2020 Democrats do not support a single-payer health care system.

"Most of the leading Democrats--Buttigieg, Biden, Klobuchar--are not for it," he observed.

Instead, argued Emanuel, the remaining Democrats in the 2020 race are advocates of creating an additional government-run, public option for the private health care insurance market.

Emanuel, a bioethicist and oncologist, was a trusted advisor of President Obama when his administration was crafting the landmark legislation that came to be known as ObamaCare.

Michael Cannon, director of health policy studies at the Cato Institute, argued that ObamaCare and the "Medicare-for-all" model are not as different as Emanuel suggests.

"The main difference between Medicare-for-all on the one hand and a public option or ObamaCare, on the other hand, is that Medicare-or-all makes it explicit that the government is going to be making your health care decisions for you," said Cannon.  "A public option and ObamaCare are efforts to hide the fact that the government is making your decisions for you.

"Which is why Medicare-for-all is not going to pass but ObamaCare did because Zeke and everyone else did such a great job of hiding how much control this was giving Washington over your health care," he concluded.