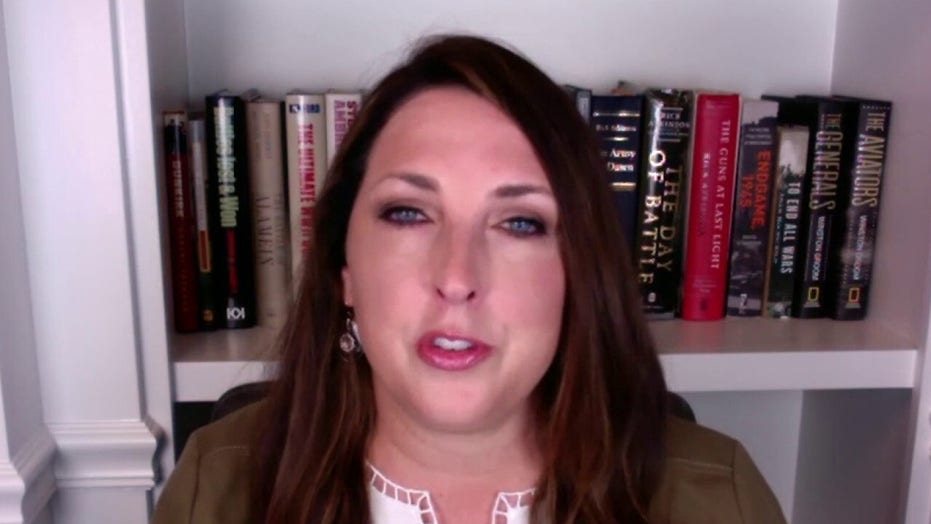 Despite polling data that favors presumptive Democratic nominee Joe Biden, enthusiasm for President Trump is higher than it was in the 2016 presidential election, Republican National Committee Chair Ronna McDaniel said on Monday.

McDaniel said that Biden has an “enthusiasm” issue.

Biden benefits from strong support among women, non-White voters and those living in suburban areas, while Trump suffers from a lackluster performance among men and White voters.

In each state’s head-to-head matchup, the president underperformed both his 2016 vote share and his current job approval rating -- and Biden’s edge is larger than the survey’s margin of sampling error.

McDaniel said that based on a Cato Institute survey, polling is skewed because “Republicans are not responding to the polls.”

“There was a Cato Institute survey that showed that 62 percent of Americans are not going to share their political beliefs anymore because of the situation we have in this country,” McDaniel said.

McDaniel went on to say, “I think there is an under-polled amount of Republicans that are highly enthusiastic for this president and I am seeing it every day as I travel this country and I think we’re going to see this on election day November 3rd.”