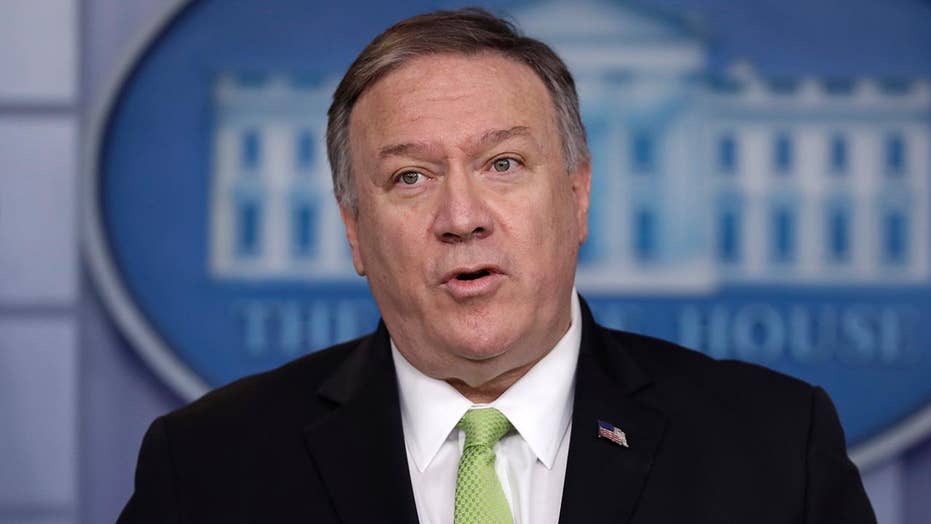 Iran continues to deny that a missile brought down a Ukrainian passenger jet in Tehran and removes wreckage from the crash site before investigators arrive; Jennifer Griffin reports.

Rolling Stone magazine took a swipe at Secretary of State Mike Pompeo over what it described as a "military strike that left two children dead," which in reality was referencing the killing of ISIS leader Abu Bakr al-Baghdadi.

On Friday, Pompeo took a moment to reflect on 2019 "+ a few days into the new year" in a post that shared several images summarizing the past year including ones of his family, his dog, the cover of Linda Ronstadt's Greatest Hits album, last week's killing of Iranian Gen. Qassem Soleimani, as well as an image of al-Baghdadi, who was killed in a daring Special Operations forces mission back in October.

However, Rolling Stone reporter Ryan Bort chided the top Trump official, declaring "the secretary of state juxtaposed a military strike that left two children dead with the ‘When Will I Be Loved’ singer" towards the top of the piece.

THE ATLANTIC'S DAVID FRUM BLAMES TRUMP FOR DOWNING OF PLANE IN IRAN, DEATHS OF 176

Bort noted that Pompeo has had "a busy few days of 2020" with Soleimani's killing and his constant interviews with the press, including the press conference that was held at the White House Friday morning.

"Shortly before he took the podium, however, Pompeo was able to take a breather from his propaganda duties to reflect on the year gone by, which included a military strike that resulted in the death ISIS leader Abu Bakr al-Baghdadi and two children who accompanied him; bringing the U.S. to the brink of war with Iran; and, apparently, a whole hell of a lot of Linda Ronstadt’s Greatest Hits," Bort wrote for the magazine's website.

After detailing Ronstadt's recent criticisms of Pompeo after the two met at a reception in December, the Rolling Stone staff writer went on to call Pompeo's tweet as "unsettling" for "lumping" his family, dog, and the music icon with his accomplishments as Secretary of State, reiterating the deaths of the two children from the al-Baghdadi raid, who the terrorist killed by detonating his suicide vest.

"What’s unsettling about Pompeo’s tweet Friday morning isn’t his attempt to troll Ronstadt (or whatever he’s trying to do); it’s how flippantly he lumped pictures of his dog and family and favorite singer-songwriter in with a military strike that resulted in the death of two children, and the assassination of senior foreign official that could have very easily — and still could — lead to war with a nation of 80 million," Bort said.