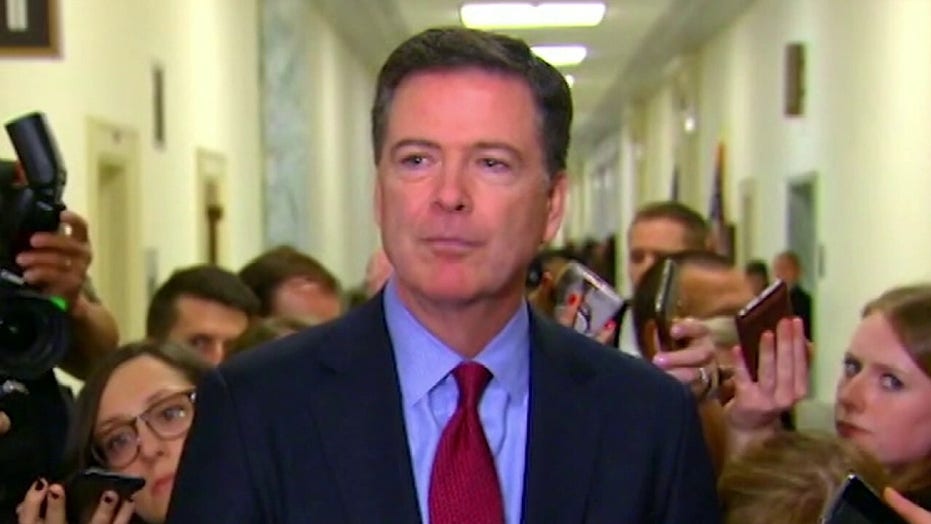 "We saw Sally Yates basically throw Jim Comey under the bus. So I want to see what Jim Comey has to say about not only setting up Michael Flynn, but also about the fact that he took the Steele dossier, a very flimsy report, and used that to get a warrant to spy on the Trump campaign," Reschenthaler said.

"And then when he knew, when the FBI knew the Steele dossier was, was nonsensical, it wasn't substantiated, they went back to the FISA court twice to get review authorizations to continue to spy on."

"At that point, the president and his team. So I'm really curious to see what Jim Comey has to say. And, John, at some point, the buck has to stop with somebody," Reschenthaler added.

Former Deputy Attorney General Sally Yates told the Senate Judiciary Committee on Wednesday that when the FBI interviewed then-incoming national security adviser Michael Flynn in January 2017, it was done without her authorization, and that she was upset when she found out about it.

Reschenthaler said someone was directing the Russia investigation, adding that America needs to know what was happening in Comey's FBI.

"Somebody was directing it. And again, we need to see where the buck stops. So the Durham report is going to be very telling," Reschenthaler said. "Hopefully that will come out soon. And when Senator Graham starts calling these individuals to testify before Congress, the American people are finally going to get to see what was going on at Jim Comey's FBI."