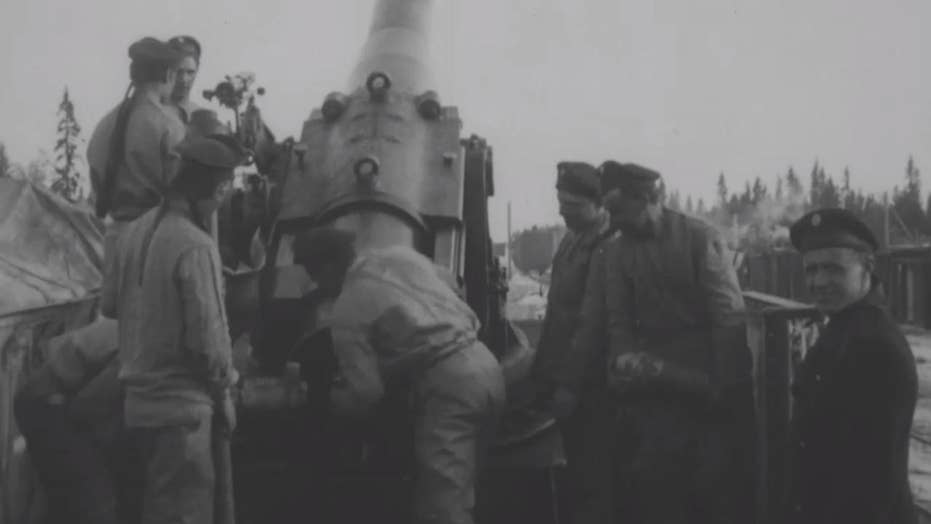 In 1918, in the midst of World War I, U.S. President Woodrow Wilson committed thousands of U.S. troops to an operation in the frozen, northern stretches of Russia for an an ill-defined and ultimately doomed mission that would be largely forgotten by history, except by the committed descendants of the men who fought and died there.

The Fox Nation documentary, "When America Invaded Russia," based on the book, "The Polar Bear Expedition: The Heroes of America's Forgotten Invasion of Russia," detailed the deployment of the U.S. Army’s 339th Infantry Regiment to Archangel, Russia, on the White Sea, in the final months of WWI.

"Ask any typical soldier in any army, what are you fighting for? They say, 'I'm fighting for the guy next to me.' That really came through with these guys," author of "The Polar Bear Expedition" James Carl Nelson told Fox Nation.

"The Polar Bear Expedition came about as a result of Russia's quitting the war after the Russian Revolution in late 1917," he continued, which enabled Germany to turn the full resources of their military to their western front and against the U.S. and the Allies.

"The Supreme War Council eventually settled on the idea of sending troops into Russia, northern Russia and trying to re-establish the eastern front," said Nelson.

In August 1918, a reluctant President Wilson agreed to the plan and about 5,000 men were sent to one of the harshest places on Earth.

"They were fighting in 50 below weather from November until April, just freezing. They were ill-equipped. They didn't have good weapons. Their clothing wasn't anything like you'd find today," said Nelson. 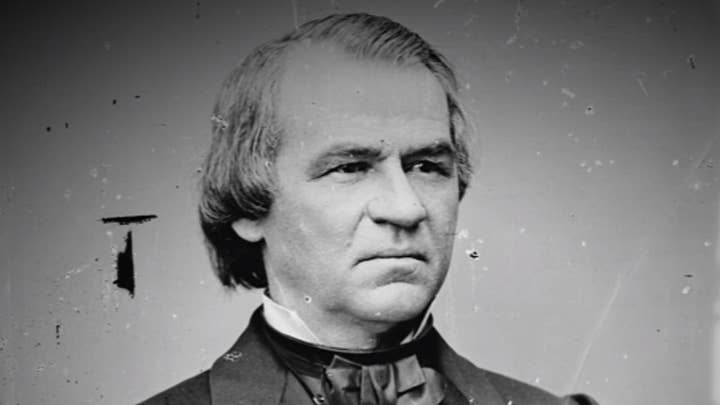 "Snow is typically up to around your knees, above your knee. The British gave them coats that were down almost to the ankle. You couldn't march," added Grobbel.

The U.S. troops faced a desperate and determined enemy in the Russian Bolsheviks and there were reports of atrocities, including when in late 1918, U.S. soldiers were hacked to death with machetes.

The armistice to end the Great War was signed in November 1918, but the 339th was not immediately withdrawn and the fighting continued.

NEW DOCUMENTARY ON THE FIRST PRESIDENT TO BE IMPEACHED

Eventually, due to public pressure at home and amid growing dissent with the unit, the 339th was ordered home.  According to Nelson, that was when the legend of the Polar Bear Expedition was born.

"As they were gathering at Archangel to leave, somebody came up with the idea ... we need to call ourselves something and we need to have like an emblem and people started suggesting polar bears ... it's indicative of where they were living in the Arctic wastes just like a polar bear."

To the present day, the memory of the Polar Bear Expedition is kept alive.

"The Polar Bear Memorial Association is, I believe, pretty much made up of descendants of the men who fought there," concluded Nelson. "The Polar Bears got some funds together and they built a big marble polar bear at the cemetery around which I think are some 45, 46 graves of these men, some of whom were returned in 1929 or later. But in the end, there are still 24 bodies of these men unaccounted for."

To watch of all, "When America Invaded Russia" go to Fox Nation and sign up today.