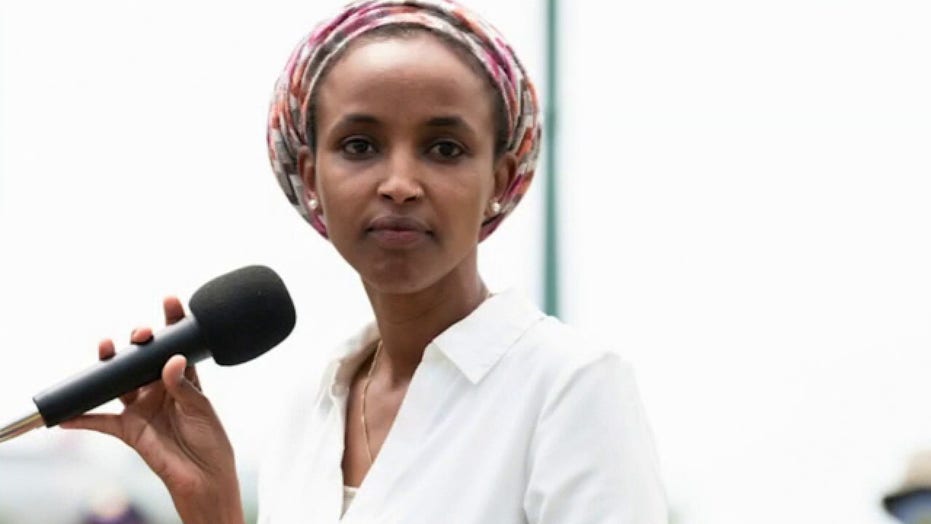 Hegseth, a native of Omar’s adopted home state of Minnesota, shared his views during an appearance on "Fox News Primetime" with host Mark Steyn.

Omar, 38, now in her second term in Congress after initially being elected in 2018 and then reelected last year, has been named vice chairwoman of the House Foreign Affairs Committee’s subcommittee on Africa and global human rights issues. The Democrat is a native of Somalia who emigrated to the U.S. with her family as a teenager.

Her office confirmed her new assignment earlier this week, according to the Star Tribune of Minneapolis.

"Upholding basic human rights around the world is a core priority for me and the Fifth District of Minnesota," Omar said in a statement, according to the newspaper. "As someone who represents a large African diaspora community and is the first African-born immigrant to serve in Congress, I am particularly excited to play a leadership role in overseeing our international aid and foreign policy on the continent."

The news about Omar came a little more than a week after a U.S. Rep. Brian Babin, R-Texas, unveiled a bill to remove Omar from the Foreign Affairs panel – apparently in response to GOP Rep. Marjorie Taylor Greene of Georgia recently being removed from her committee assignments over some past comments, The Hill reported. 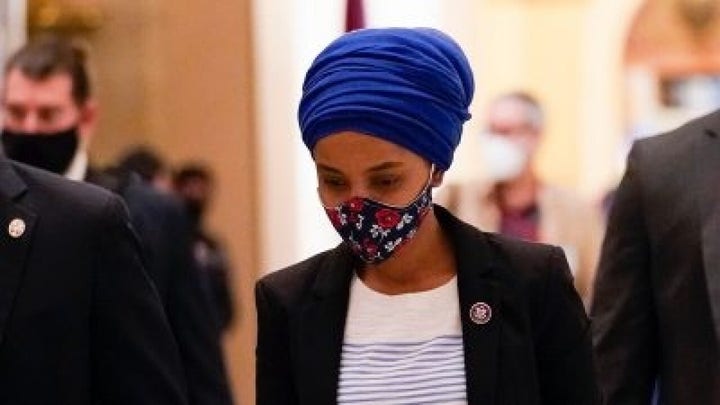 Hegseth, a former officer in the Army National Guard, called Omar’s new assignment "absurd," given her past comments that have been critical of the U.S. government in which she serves.

"The idea that Ilhan Omar is even on the foreign affairs, foreign relations committee, is absurd," Hegseth said. " Now she’s a vice chair of a subcommittee … This is the modern-day Democrat Party – anti-Americanism writ large."

NANCY MACE FIRES BACK AT ILHAN OMAR AFTER CRITICAL TWEET

Hegseth then recounted some past controversies involving Omar, including her "Some people did something" comment about 9/11, other remarks about the "Black Hawk down" tragedy in Somalia that involved U.S. service members and her "all about the Benjamins" quote about Israel.

"We know who she is. … Her view of foreign policy is, it’s all Jewish-financed American imperialism. We’re the problem in the world," Hegseth said.

Steyn then remarked that it was surprising Omar has advanced in Washington as a foreign-born lawmaker despite a track record of "denigrating" the United States. Hegseth agreed.

"Minnesota welcomed her, housed her, fed her, educated her, empowered her, elevated her and then elected her," Hegseth said, "and ultimately when she sees the United States, she sees a racist, oppressive or torturous country. When she looks back at Somalia, it’s blissful. Those are her words, not mine.

"And unfortunately … her district in Minnesota has sent more of its residents to go fight with ISIS, on their side, than any other district in America. … So she’s got a little bit of a terrorism problem in her backyard that she hasn’t addressed. But you can ‘fail up’ in the United States House – and get a vice chairmanship."