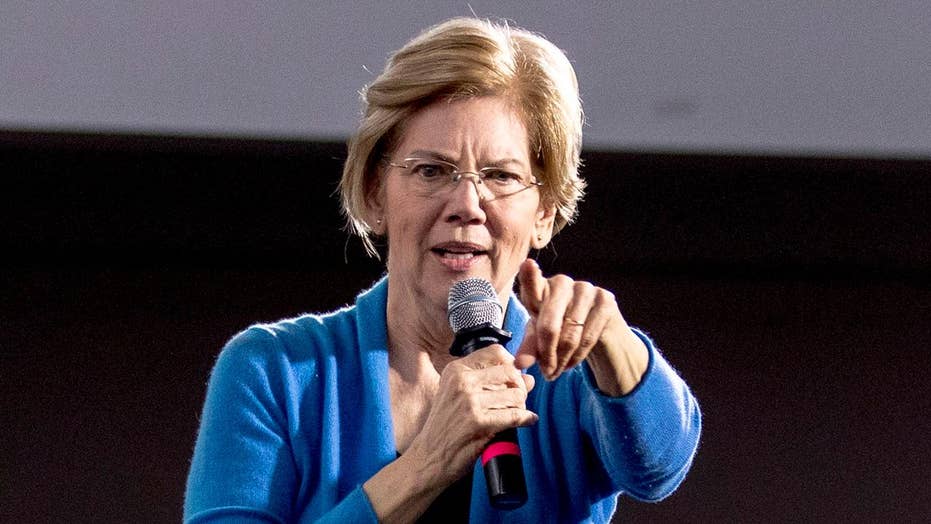 Some of President Trump's critics claim the Iran strike is an effort to distract Americans from impeachment; reaction and analysis on 'The Five.'

"The Five" panelists responded Monday to Democrats who criticized President Trump's warning to Iran over possible retaliation for the U.S. airstrike that killed Iranian Gen. Qassem Soleiman after Rep. Alexandria Ocasio-Cortez, D-N.Y., called the president a “monster" and accused him of committing "war crimes" for ordering the attack.

"You may not like President Trump, you may have voted for the impeachment in the House, but if you're someone like ... Alexandria Ocasio Cortez saying that a tweet from the President threatening the Iranians is a war crime, you've lost your mind," Pete Hegseth said.

“This is a war crime," Ocasio-Cortez wrote on Twitter. "Threatening to target and kill innocent families, women and children -- which is what you’re doing by targeting cultural sites - does not make you a ‘tough guy,’ It does not make you ‘strategic.’ It makes you a monster.”

In his message Saturday, Trump warned Iran that the U.S. had already identified 52 sites, "some at a very high level & important to Iran & the Iranian culture" that its military could target in the event of a retaliatory Iranian strike against the U.S.

"I don't care about Iranian cultural sites," Hegseth said. "If they could, if you understand the Islamic Republic of Iran, if they had the power, they would destroy every single one of our cultural sites and build a mosque on top of it."

U.S. officials described the killing of Soleimani as a defensive measure to prevent an “imminent attack” on U.S. interests following an assault by Iran-backed militiamen against the American Embassy in Baghdad days earlier.

Outspoken Democrats condemned Trump for failing to seek Congressional approval and contributing to rising tensions in the region.

"Soleimani is dead," Hegseth said. "This guy has exploited terrorism for that regime for forty years and the fact that Democrats in this country can't take a pause to say this is a good thing, now let's figure out how to prevent an Iranian bomb ... is shameful."

"He killed a murderous homicidal maniac who killed 600 Americans and ... Trump is the bad guy," Greg Gutfeld chimed in. "We took out a bad guy and what's interesting is that what's seen as heinous under Trump would've been seen as bold under Obama."

Dagen McDowell slammed the former president for his role in the controversial Iran nuclear deal, and accused him of funneling money that went "straight into killing Americans."