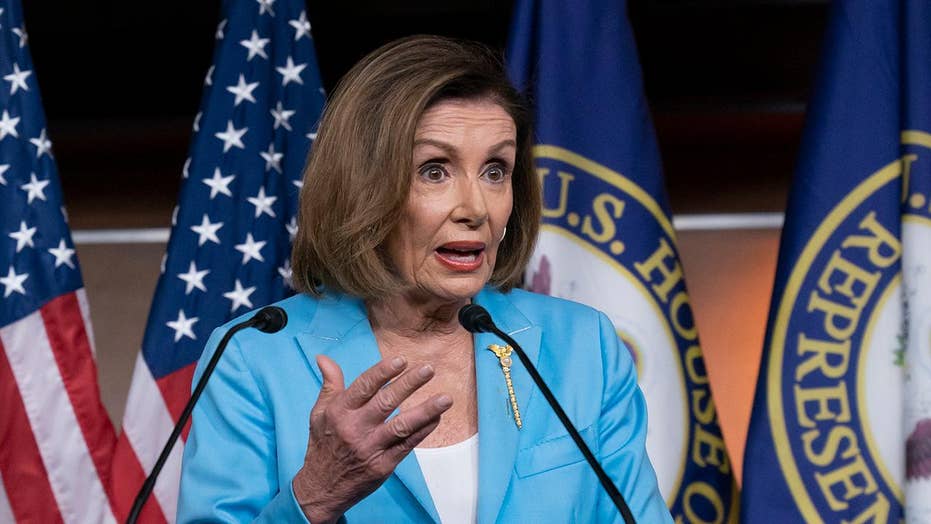 Pelosi and Trump take different approaches to impeachment battle; Raymond Arroyo has this week's edition of Seen and Unseen on 'The Ingraham Angle.'

In a TV interview set to air Thursday morning, House Speaker Nancy Pelosi, D-Calif., takes a swipe at President Trump, insisting he's "scared" as her Democratic colleagues pursue an impeachment inquiry against him.

In a preview clip of the interview on ABC's "Good Morning America," Pelosi dismisses Trump's criticism of her and other lawmakers as "Do Nothing Democrats" for pushing impeachment instead of addressing issues like trade and prescription drug prices.

"Why can't we do it? It's up to him," Pelosi tells ABC News' George Stephanopoulos. "That was our pledge during the campaign for the people. We would lower the cost of prescription drugs. I think the president wants to do that, so I hope that he would cooperate. He does want the U.S.-Mexico-Canada trade agreement, so do we."

“I think the president knows the argument that can be made against him, and he’s scared. And so he’s trying to divert attention from that to where [he’s] standing in the way of legislation.” 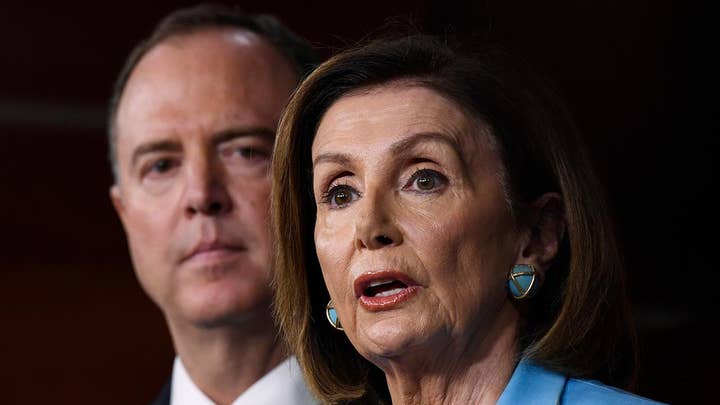 “You say he’s scared … Did you hear the fear in his voice when you spoke with him on the phone last week?” Stephanopoulos asks.

Trump has pushed back hard against Democrats in recent statements and Twitter messages, including a strongly worded post Tuesday.

"The Do Nothing Democrats should be focused on building up our Country," the president wrote in one message, "not wasting everyone’s time and energy on BULLS---, which is what they have been doing ever since I got overwhelmingly elected in 2016, 223-306. Get a better candidate this time, you’ll need it!"