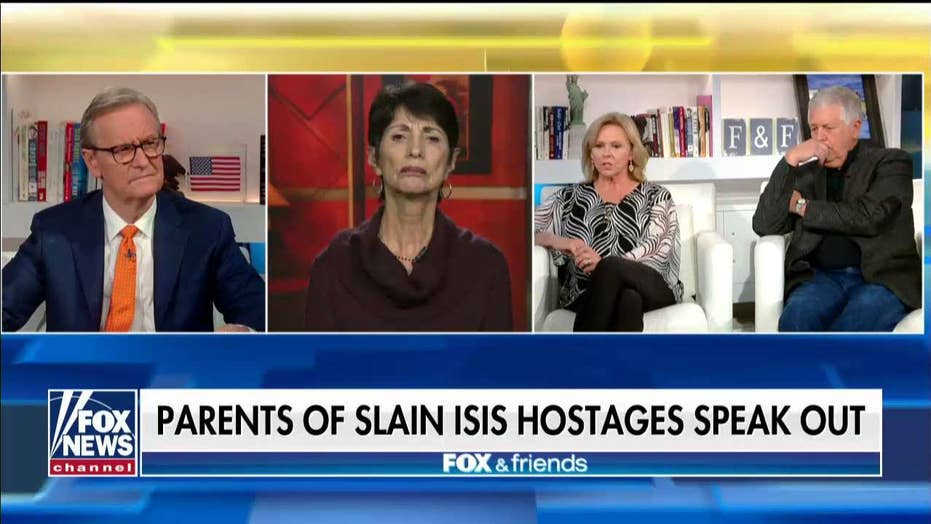 The parents of slain ISIS hostages Kayla Mueller and James Foley speak out on "Fox &amp; Friends" after the raid that led to the death of ISIS leader Abu Bakr al-Baghdadi.

The parents of victims of ISIS leader Abu Bakr al-Baghdadi are calling on President Trump to work with them on trying to bring more U.S. hostages and detainees home from around the world.

The Trump administration has prioritized the return of American hostages during his presidency. While announcing the death of ISIS leader al-Baghdadi last weekend, Trump named some of the innocent Americans who were killed at the hands of ISIS. 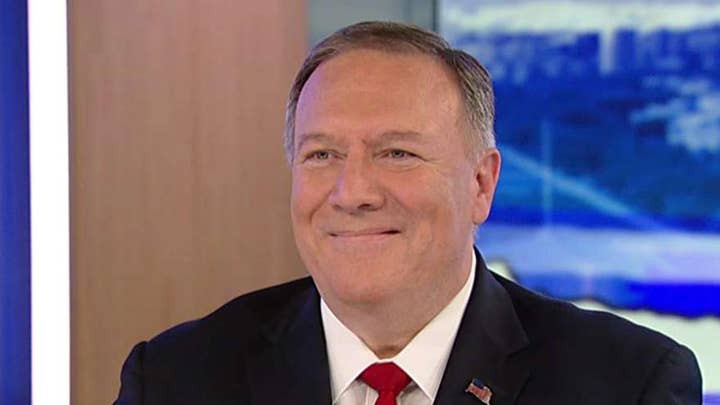 "Think of James Foley," he urged. "Think of Kayla [Mueller]. Think of the things he did to Kayla. He brought her into captivity for a long period of time and then he killed her. He was an animal and he was a gutless animal."

Appearing on "Fox & Friends" with host Steve Doocy, the parents of some of Baghdadi's victims said they're grateful for the president's actions thus far, but need more help.

Dianne Foley, the mother of American journalist James Foley, who was beheaded by ISIS in 2014, told Doocy she was thankful that Baghdadi can no longer hurt anyone else.

"It's the beginning of a bit of justice," she said. "For too many years, innocent Americans who are kidnapped or taken hostage around the world have been a very low priority. And so, I commend this administration for doing that."

"However, to be honest, it's important that your viewers realize that there are hundreds of innocent Americans detained or taken hostage at this present day," she told Doocy. "So, I would ask that our intelligence and our amazing people help us to find Americans before tragic things happen -- that happened to our kids." 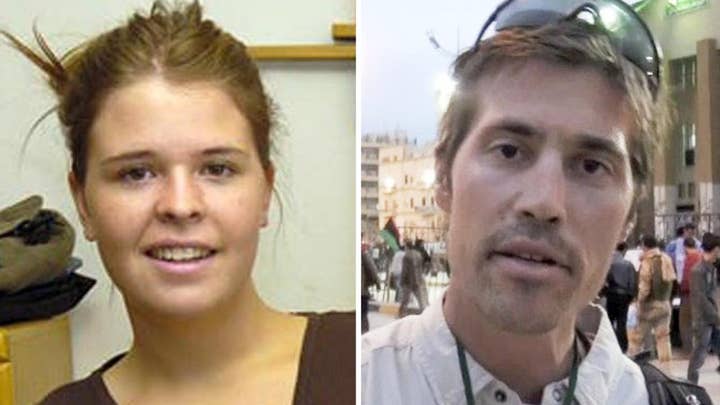 Carl and Marsha Mueller, the parents of Kayla Mueller, went over to Iraq to conduct their own private investigation outside of the government. Mueller was kidnapped in 2013 while serving as an aid worker and was reportedly forced to have sex with Baghdadi before she was crushed by debris in an airstrike.

While the Muellers say they have found intelligence that the United States hasn't, they have yet to find their daughter's body.

Marsha said she was "just numb" when she heard the president's announcement.

"We have been doing this now since we learned about this August 5, 2013 with Kayla, and we had been fighting to bring her home all along," she said.

"We need the...U.S. government. So, we are asking President Trump to please work with the people that we are working with now to try to bring these people home."