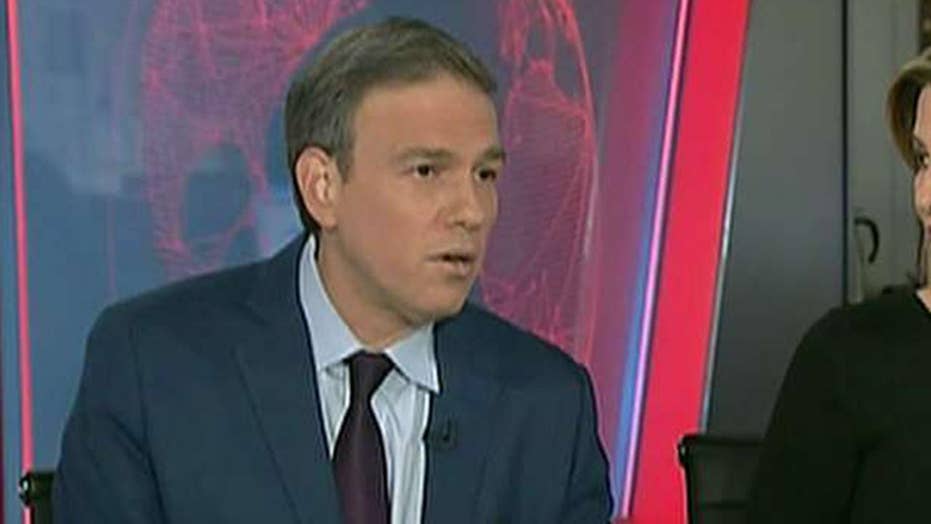 New York Times columnist Bret Stephens was ridiculed on social media Friday for a column that contained a not-so-subtle reference to "bedbugs" following a spat with a college professor who jokingly called Stephens a bedbug on Twitter.

In the piece published Friday evening titled "World War II and the Ingredients of Slaughter," Stephens attempted to draw parallels between "the prewar era and the present" and compared radio — the "new technology" of the 1930s — to Twitter.

"Radio then, like Twitter today, was the technology of the id; a channel that could concentrate political fury at a time when there was plenty to go around," Stephens wrote.

However, critics drew attention to the portion of the column that invoked the Jews living in the Warsaw ghetto.

"The political mind-set that turned human beings into categories, classes and races also turned them into rodents, insects and garbage," Stephens wrote. "'Anti-Semitism is exactly the same as delousing,' Heinrich Himmler would claim in 1943. 'Getting rid of lice is not a matter of ideology. It is a matter of cleanliness.'” Watching Warsaw’s Jewish ghetto burn that year, a Polish anti-Semite was overheard saying: “'The bedbugs are on fire. The Germans are doing a great job.'"

GWU PROFESSOR WHO NYT'S BRET STEPHENS TARGETED HITS BACK: IT WAS AN 'ABUSE OF HIS POWER'

Twitter users pointed out that the link that was embedded in Stephens' piece was Google search results for "Jews as bedbugs."

Stephen was overwhelmingly mocked on social media for his column, with one critic saying it was the "dumbest thing I've ever read [today]."

Dave Karpf, the George Washington University associate professor who unwittingly ignited a feud with the Times columnist by mocking him on Twitter, mocked Stephens again- this time for pursuing "pointless online vendettas."

"This just stopped being funny," Karpf tweeted. "The New York Times is the paper of record. The entire internet knows who Bret Stephens just subtweeted with his column. He should know better. He doesn’t. That’s not okay anymore."

NYT Opinion responded to the observation made about the embedded link, saying it was "added by editors before publication" and that it has since been updated.

That, too, received plenty of mockery by critics.

The controversy began Monday when it was reported that the Times Midtown Manhattan offices were infested with bedbugs. Karpf had some fun at Stephens' expense, tweeting, "The bedbugs are a metaphor. The bedbugs are Bret Stephens."

Despite getting little attention among other Twitter users, Stephens took issue with it and reached out to Karpf, as well as his employer, according to an email Karpf shared on Twitter.

"Someone just pointed out a tweet you wrote about me, calling me a 'bedbug,'" Stephens wrote in the email. "I'm often amazed about the things supposedly decent people are prepared to say about other people – people they've never met – on Twitter. I think you've set a new standard."

On Tuesday, Stephens defended his response on MSNBC and insisted he wasn't trying to get Karpf fired from the university.

"There is a bad history of being analogized to insects that goes back to a lot of totalitarian regimes," Stephens said.

Karpf fired back in a column of his own, insisting that Stephens' email to him and the GWU provost was an "abuse of his power."

"Bret Stephens is above me in the status hierarchy. He knows this. I know this. He has won a Pulitzer Prize and has a regular op-ed column in the New York Times. I am just some professor... So I was surprised to receive an email from Bret Stephens last night," Karpf began his piece published in Esquire.

"What was most striking to me was that he had gone to the effort to CC the provost. Including the Provost clarifies the intent of the message. It means he was not reaching out in an earnest attempt to promote online civil discourse. It means he was trying to send a message that he stands above me in the status hierarchy, and that people like me are not supposed to write mean jokes about people like him online. It was an exercise in wielding power—using the imprimatur of The New York Times to ward off speech that he finds distasteful."