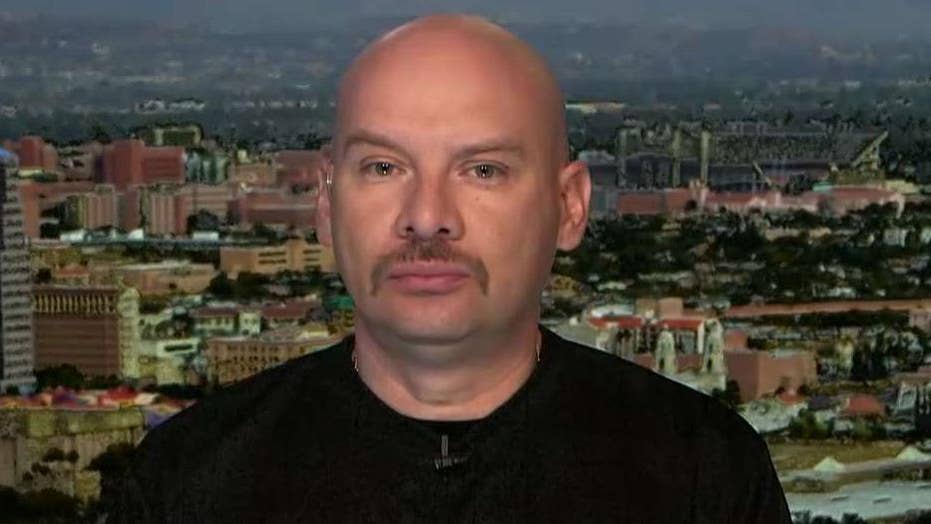 Vice President of the National Border Patrol Council Art Del Cueto said Thursday a video of an attack on an ICE facility was incited by “lies” and “rhetoric” about what officers do.

“Disgusting. It’s disgusting to see something like that and I think it’s been triggered by way too many individuals that have had a platform to speak against the men and women that are trying to defend our nation's borders, the law enforcement communities. I mean that’s where it comes from,” Del Cueto told “America’s Newsroom.”

“There was a recent article that attacked various reporters from Fox. Attacked Fox News and named me on there as well, saying that we were responsible for some of these attacks that happened in El Paso,” Del Cueto said.

“What was that based on? That was based on us talking about actual facts and the facts we spoke about is simple. When you have individuals in large quantities that enter another country by force or illegal, that is an invasion, I stand on these words.”

Del Cueto criticized some of the rhetoric about ICE, saying it was “lies” and the “infighting” needs to stop. Former ICE director Tom Homan said that the “hateful rhetoric” from Rep. Alexandria Ocasio-Cortez, D-NY, is having a negative impact on ICE employees.

Del Cueto explained his position further about the “lies” about border patrol agents he says are just “following the law.”

“They’ve been lying about it, calling them concentration camps, comparing the individuals that are out there wearing the uniform to defend our nation's borders are Nazis. that’s where it comes from,” Cueto said.

“If we’re going to be attacked for speaking the truth then we have to call it like it is and the individuals that are inciting these attacks need to be called out also and they’re doing it based on lies and that’s the problem,” he said.