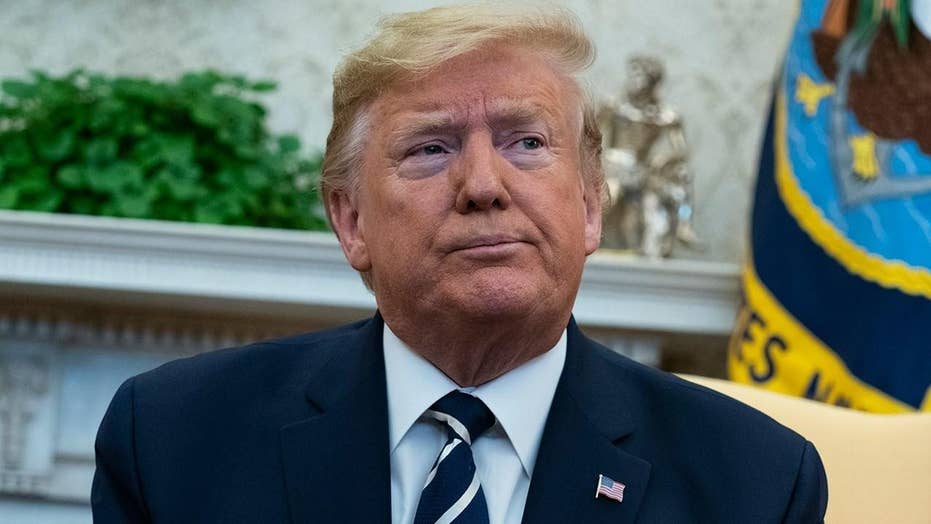 MSNBC was in impeachment hyperdrive on Tuesday and gave little mention to the Middle East peace plan President Trump announced from the White House alongside Israeli President Benjamin Netanyahu.

Trump called for a two-state solution to resolve the Israeli-Palestinian conflict, as he unveiled the details of his administration’s much-awaited plan to bring peace in the Middle East.

While Trump and Netanyahu praised the plan as a way toward ending the decadeslong conflict between the Israelis and Palestinians, odds of the peace plan taking shape are long given that the Palestinians have preemptively rejected the plan.

The cable news network made a brief mention of the announced Middle East plan during its marathon impeachment coverage.

"Just to let our viewers in on what's going on across town at the White House, the president is hosting the indicted prime minister of Israel, Bibi Netanyahu," MSNBC anchor Brian Williams said as the network briefly showed live footage from the White House. "It's an East Room event. President is reading remarks on a teleprompter. Netanyahu is up there on stage with him as you can see. This is apparently the day they unveil the latest crack at a Mideast peace plan at the White House prior to the president traveling to Wildwood, New Jersey, to put the 'wild' in Wildwood, New Jersey, tonight for a rally."

"As soon as this ends, Netanyahu is flying to Moscow, putting Moscow back in the middle of these conversations," impeachment coverage co-anchor Nicolle Wallace added, ending the network's coverage of the unveiled Israel-Palestinian plan shortly after.

Fox News aired roughly 33 minutes of Trump's remarks until the impeachment trial was underway in the Senate.