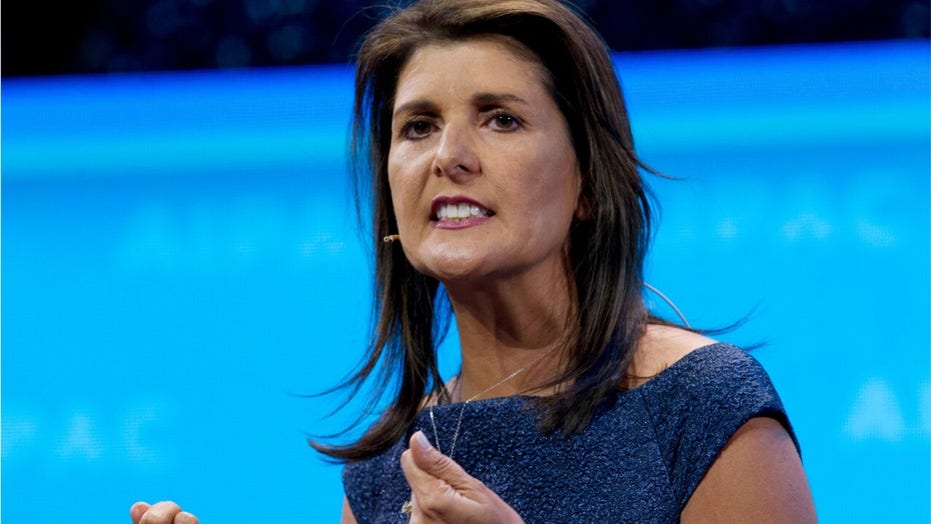 President Trump will replace Vice President Mike Pence as his running mate if his competition chooses a female to serve at the bottom of the Democratic ticket in November, "View" co-host Meghan McCain predicted on Friday.

According to McCain, Trump would likely oust Pence in favor of his former United Nations ambassador Nikki Haley. The co-hosts were discussing who former Vice President Joe Biden should choose as his vice presidential pick.

Co-host Joy Behar suggested that Pence was "starting to look good" as of recent. "So I don’t know if the party would like that, to take Pence out," she said.

NIKKI HALEY: WHERE IS SHE NOW?

McCain doubled down: "I think they would. They need the win." She also poked fun at Behar, noting, "It's amazing you're such a Mike Pence fan." Behar said she wasn't a fan of the Republican Party but compared to Trump, Pence "seems like he's in MENSA."

For months, speculation has swirled around whether Trump would dismiss Pence as his running mate before the election.

Back in November, Trump told "Fox & Friends" that he was behind Pence "100 percent."

"Mike Pence — I know I’ve seen this rumor that keeps popping up, and Nikki would be great, but Mike Pence has done a phenomenal job as vice president," Trump said, referring to the speculation. "He’s our guy, he’s my friend, and look, we have a great team."