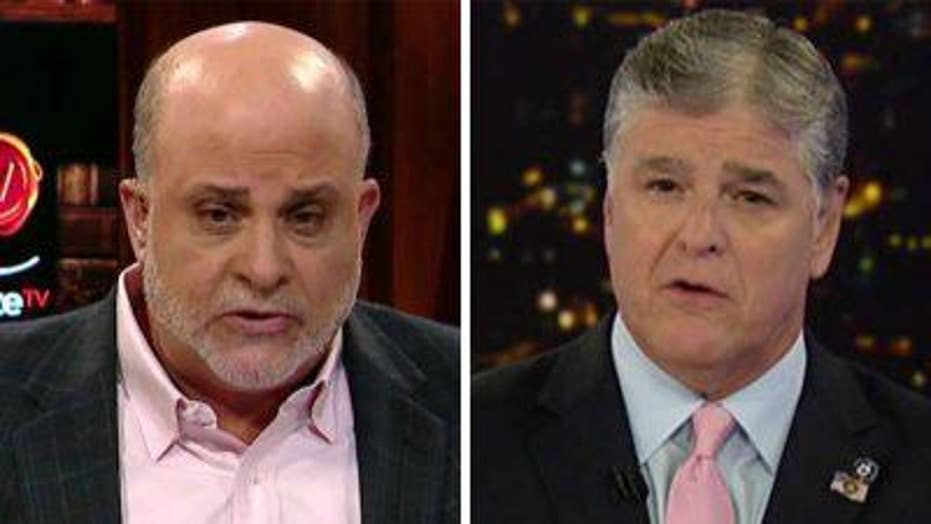 Mark Levin on the 'unpatriotic' press attacking Trump and his supporters

The mainstream media does not simply report on the politics of the Democratic Party but instead help lead it and prod along its top policy platforms, according to radio host Mark Levin.

It is difficult to tell most journalists from official Democratic Party activists and commentators, Levin claimed Wednesday on "The Mark Levin Show on Westwood One."

"You cannot distinguish between most so-called journalists in the modern media, and the Democratic Party and the left. 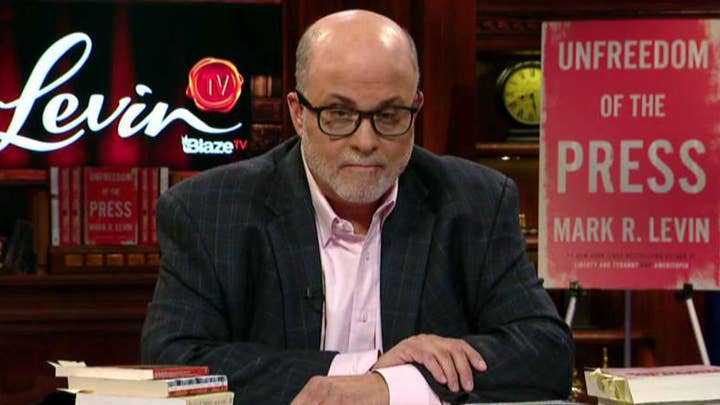 "The media push and prod the Democratic Party and the social activism agenda."

Levin added he was not making the claim simply as a radio host, but as someone who studied the relevant facts.

"This is something that required scholarship and research to determine," he said.

"I looked into what these professors at journalism schools... have been teaching journalism students," he added.

Levin later pointed to a Politico story titled, "Will Media's Climate Blitz Take Root," claiming the title itself is a "confession" the mainstream press is already pushing the "climate change ideology."

"What is climate change about?" he asked. "It is the old 'Red' movement dressed up as a 'Green' movement."

"This [is] anti-capitalism," he said.

The "Life, Liberty, and Levin" host added the climate change issue is being highlighted by the press, while the Green New Deal represents an "enormous" government power grab.

Levin, who said he lives outside Washington, D.C. in suburban Virginia, pointed to the recent METRO rail expansion of the Silver Line by several dozen miles toward Dulles Airport, and recent highway projects as proof of the area's wealth.

"The amount of redistribution of wealth from people in all other parts of the country into the Washington, D.C. metropolitan area is enormous," he said. "Just imagine if they can nationalize climate, the federal government can do anything and everything as long as it ties it to... climate change."