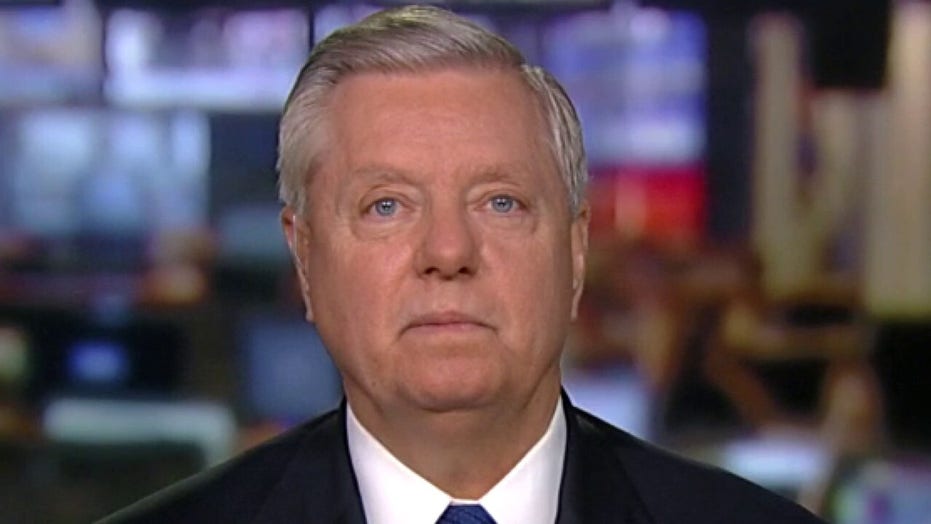 "He'll win and I think he'll win by double digits," Graham said of Biden. " [House Majority Whip] Jim Clyburn, helping Joe Biden, the African-American Congressman, Clyburn is a really well, well thought of, highly respected member of Congress. About 60 percent of the primary electorate will be African-Americans. And Joe is beloved in the community and he will win decisively."

"But I think it's too little, too late for Joe," Graham added. "This is Bernie's race to lose right now."

MacCallum asked Graham to react to a clip of Biden saying Sanders has to not only beat President Trump in November but win back the Senate for Democrats, a feat that would likely require unseating Graham in South Carolina.

"It's a criticism of whether or not you think you're going to be able to help elect a Democratic senator here against Lindsey Graham, which I'm going to help do," Biden said at a town hall.

Graham laughed off Biden's comment before saying a Sanders nomination would be "great news" for Trump and the Republican Party.

"A Sanders candidacy is great news for President Trump. It is great news for Republicans in the House and the Senate," Graham said. "We have a Democrat representing the 1st Congressional District in South Carolina, Joe Cunningham. Bernie Sanders is his worst nightmare."

Graham predicted Republicans would take back the House if Sanders wins the nomination.

"If you're a down-ballot Democrat in the Midwest, in the South, Bernie Sanders is your worst nightmare," Graham said. "I think we take the House back with Bernie for sure."

"What Bernie Sanders said about the prime minister of Israel makes my blood boil. Bibi is the longest-serving prime minister in the history of Israel. He has been elected by the Israeli people for over a decade. He's a good, strong man," Graham said. " He's not a racist. It says more about Bernie than it does Bibi. And in Bernie's world, the radical Islamists are the victims and Israel is the oppressor.  It's upside-down politics."