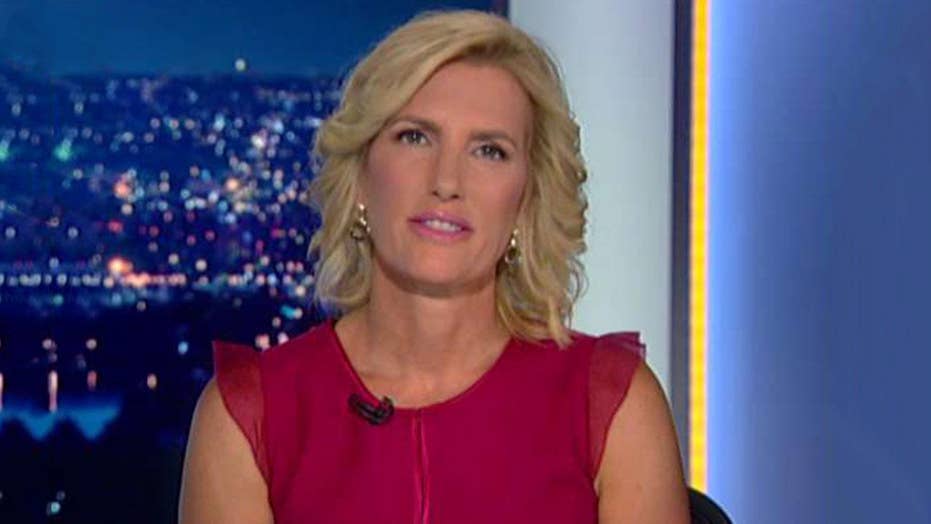 Ingraham: On the trail, off the rails

Democrats return to Congress with their focus on impeaching Trump, despite impeachment not being what the voters want.

"So, the better you do and the happier you are, the more money you have in your pocket to spend, the more freedom you have to just live the life you want to live, the unhappier they seem to get," Ingraham said.

SARAH SANDERS: I'M PRETTY SURE DEMOCRATS 'DON'T EVEN LIKE AMERICA'

Ingraham chastised Democrats for making impeachment their top priority despite polls showing that the majority of Americans are against it.

"At last count a hundred thirty seven Democrats want to begin impeachment proceedings against the president," Ingraham said.  "And by the way that's despite poll after poll showing the majority of Americans including many Democrats do not want to see Trump impeached."

The host said voters understand the repercussions impeachment will bring to the country, while Democrats in Congress have never "accepted" the Trump presidency.

"Voters correctly understand that impeaching Trump will be a bitter divisive fight that's only going to further damage and divide the country," Ingraham said. "But the Democrats who never accepted Trump's elections election as legitimate the first place, they just don't care."

Ingraham said that Democrats want to "drive the car," and control the decisions Americans make before urging her viewers to no "let them."