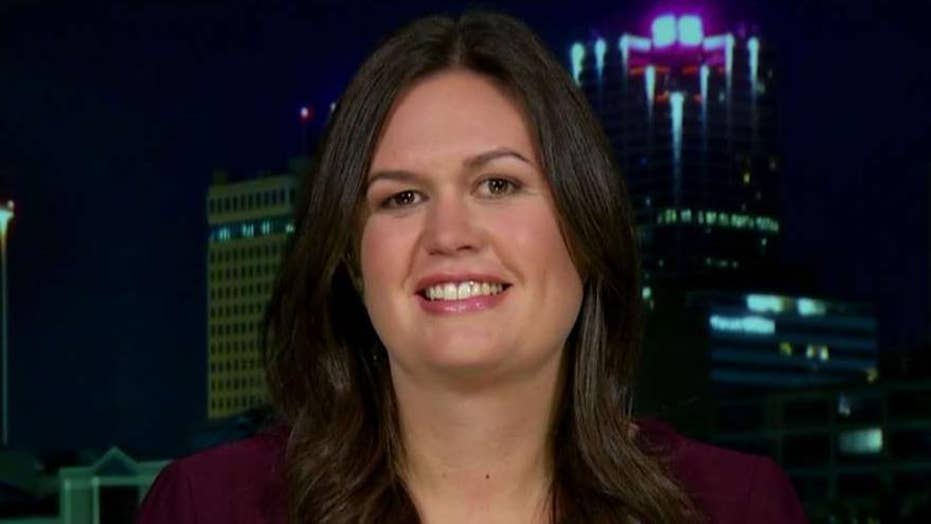 Sarah Sanders: I'm not sure Joe Biden even knows what election he's in

Fox News contributor and former White House press secretary Sarah Sanders weighs in on the Democratic 2020 field and how they stack up against President Trump.

Former White House Press Secretary Sarah Sanders ripped Democrats Monday while appearing on "Hannity," saying she wasn't sure they even like America.

"If you listen to what they're saying everything they have to say is so negative. And you saw the exact opposite of that from the president tonight," Sanders said.

"I hope that people will continue to look at that contrast and see that you have somebody who loves this country loves all of the citizens of this country versus the Democrats who have nothing to do but take the president... [and] try to tear him down.

Trump held a rally Monday evening in North Carolina just hours to go before voters headed to the polls in a pivotal toss-up special election that will decide the winner of a long-contested -- and long-vacant -- House seat. 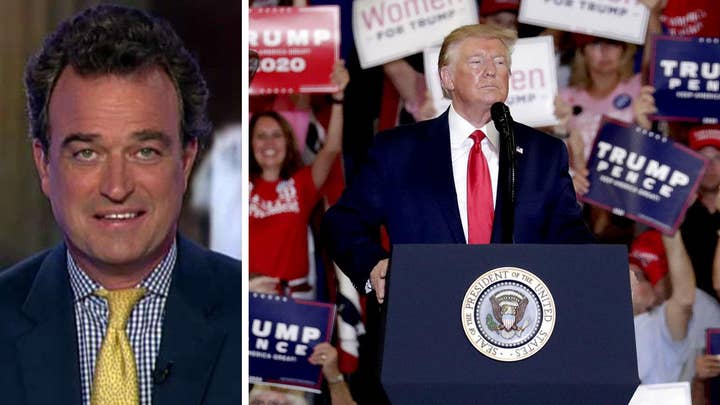 On "Hannity," Sanders took Democrats to task for returning to Congress and focusing on impeachment.

"They just this week, they finally come back to work and the only thing that they can do is try to figure out how to impeach the president," Sanders said.

"I'm pretty sure they don't even like America," Sanders added.

Sanders also took on the Democratic presidential candidates and asked if they knew why they were running.

"Honestly Sean, I'm not even sure why any of these candidates are running. They seem to all have such a dislike for this country dislike for American citizens," Sanders said.

Fox News' Gregg Re contributed to this article.