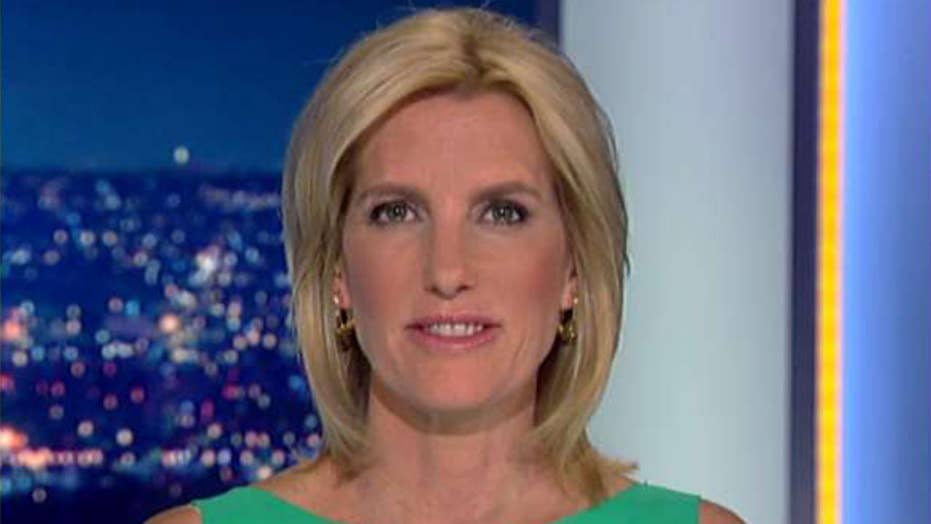 Ingraham: All the Democrats' lies

Democrats pretend they aren't enjoying every minute of impeachment push.

Laura Ingraham used her opening monologue on "The Ingraham Angle" on Thursday night to address what she claimed were Democrats' "lies" in their effort to impeach President Trump.

The host started by calling out Democrats and members of the media, accusing them of repeating their "warped opinion," repeating it and then working to "claim it as fact."

"You're trying to pass off your opinions and your suppositions and your presumptions as facts," Ingraham said. "That's not how it goes -- not when you want to remove a president from office."

"You're trying to pass off your opinions and your suppositions and your presumptions as facts. That's not how it goes -- not when you want to remove a president from office."

Ingraham called Democrats "frauds" for claiming they take no "glee" in the impeachment push and that the anti-Trump effort has nothing to do with the 2020 elections.

"Nice try, Nancy," Ingraham said, responding to House Speaker Nancy Pelosi's claim that the impeachment process has "nothing to do with politics."

Ingraham also dismissed the Democrats' claim that "by pursuing impeachment, we the Democrats are channeling the founders."

"Now, maybe they're talking about the founders of, I don't know, the ACLU or Soros and the gang at the Open Society Foundation," Ingraham said sarcastically.

"The truth is, Nancy Pelosi lost control of her caucus in late summer when the venal thinking of [Adam] Schiff and 'The Squad' prevailed, that this president had to go," Ingraham said. "If Pelosi, Nadler and Schiff took their duty to the Constitution and the country seriously, they would have told the radicals to let the voters decide."