“Let’s not kid ourselves, we’re focused on Biden who had a big night but the guy who had a better morning is Bernie because the results are coming in [from] California," the former Bush White House deputy chief of staff told “Fox & Friends.”

Rove said that it points to a "close outcome" as both candidates try to eclipse the 1,991 delegates needed to clinch the nomination.

The party is bracing for a long and grueling road ahead as Biden and Sanders battle for the Democratic presidential nomination in a race that could possibly result in the country’s first contested major-party nominating convention in well over a half-century. 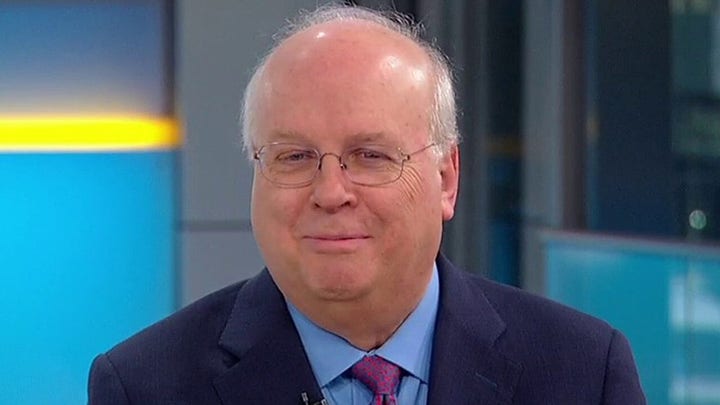 The former vice president, surging to victory in the five southern Super Tuesday states and beyond, crowed to supporters at a primary celebration speech in Los Angeles after most of the results were in.

"To those who’ve [been] knocked down, counted out, left behind, this is your campaign," Biden told supporters. "Just a few days ago the press and the pundits had declared the campaign dead.”

“It may be over for the other guy,” Biden added, referring to Sanders.