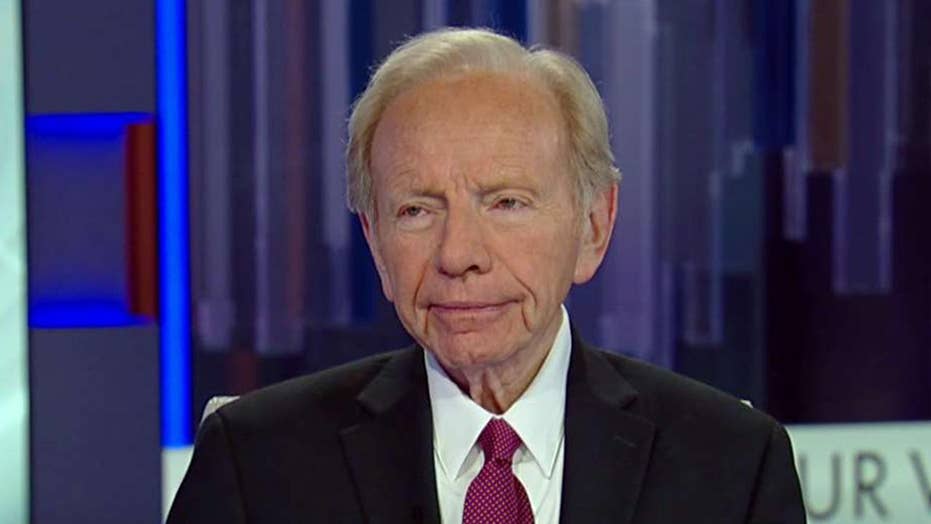 "My final warning to my fellow Democrats: be careful what you do -- either out of a general feeling of opposition to President Trump or partisanship, thinking about the Democratic primary," Lieberman said Monday on "Your World."

"In the end, the American people are not going to vote for anyone for president who they don't think is willing to use American force to protect our security," he added.

Lieberman, the Democrats' 2000 vice-presidential nominee, was responding to 2020 Democrats who criticized Trump for ordering the deadly airstrike, saying it would escalate tensions in the region and was done so without proper congressional notification.

U.S. officials said the strike was a defensive measure to prevent an “imminent attack” on U.S. interests after Iran-backed militiamen attacked the American Embassy in Baghdad days earlier.

Former Vice President Joe Biden was among the many Democrats to criticize the military response, saying Trump “just tossed a stick of dynamite into a tinderbox.”

Biden also questioned whether the Trump administration considered the “second- and third-order consequences” of Soleimani’s death, which he said puts the U.S. “on the brink of a major conflict across the Middle East.”

“I fear this administration has not demonstrated at any turn the discipline or long-term vision necessary --- and the stakes could not be higher,” he said.

Sen. Elizabeth Warren, D-Mass., and Sen. Bernie Sanders, I-Vt., both echoed Biden’s sentiments – and mentioned the financial consequences of a renewed conflict in the Middle East.

Pointing to his Op-Ed in the Wall Street Journal Sunday titled "The Democrats and Iran," Lieberman called the airstrike "morally, constitutionally and strategically correct and urged Democrats to "get together across party lines."

"We're at another turning point here," he told Neil Cavuto. "What President Trump did was bold, unconventional. It would be natural if there were questions about it but it's not natural that all the questions are coming from Democrats and all the praise from Republicans."

"That tells me that this partisanship that has disabled our government is now standing in the way of us getting together across party lines," he continued, "even about the killing of a man who is responsible for the death of hundreds of Americans."