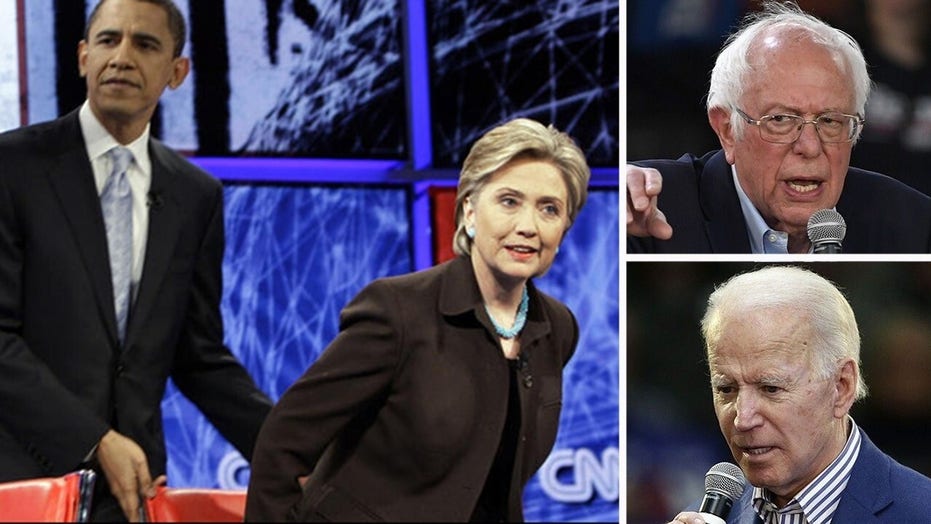 What Biden, Sanders can learn from close 2008 Obama-Clinton primary race

Former Vice President Joe Biden suggested that President Trump was desperate to avoid a general election matchup with him because the Democratic front-runner would beat him.

"I think the one thing the president doesn't want to do from the very beginning is face me, because I will beat him. Period. Period," Biden told NBC in an interview aired Wednesday. He has done everything in his power — he's even risked his presidency because he doesn't want to face me."

He added a "rhetorical question": "Have you ever ever seen a sitting president get so involved in a Democratic primary and focus so much attention on not wanting a single person, me, to be the nominee?"

Biden seemed to imply that Trump "risked his presidency" when he requested Ukraine investigate the former vice president and his son. The issue prompted an impeachment inquiry, articles of impeachment, and eventually a Senate trial that ended without conviction.

The former vice president's interview came just days after he dominated the electoral map on Super Tuesday, picking up 433 delegates in comparison to Sen. Bernie Sanders' 388.

Biden also told NBC that Sanders was wrong to highlight his support among the "corporate establishment."

When NBC asked whether former President Obama should make an endorsement in the race, Biden said he shouldn't.

"No, I don't think so," he said. "Imagine had he endorsed me and we won as big as we did yesterday — you'd all be saying I won because of Barack. I'm winning because of me, I'm going to earn this on my own."