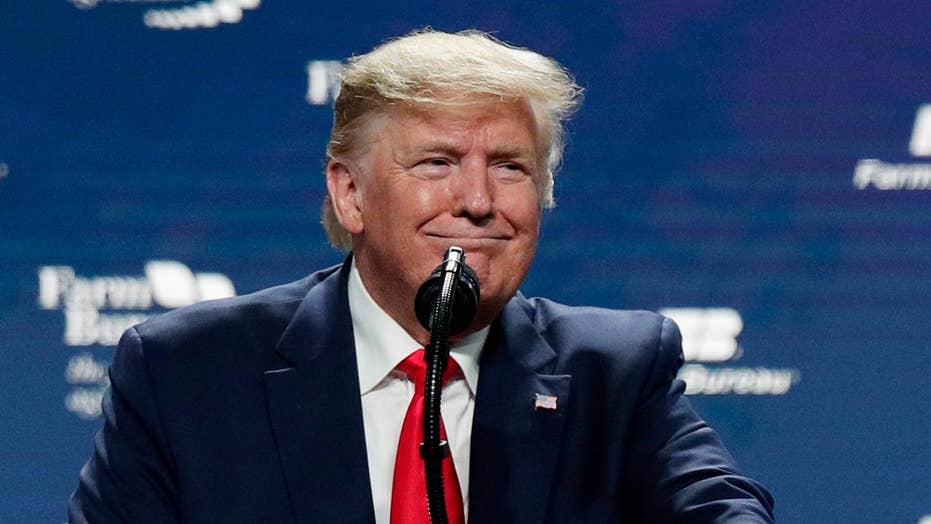 Democrats and Republicans gear up for partisan battle; reaction and analysis on 'The Five.'

"The Five" co-hosts Jesse Watters and Juan Williams debated Monday whether or not Democratic presidential candidate Joe Biden's son Hunter was a relevant witness for Republicans to call during the Senate impeachment trial.

"Think about how far they're [Democrats] willing to go to protect Hunter Biden. Why does Hunter Biden need so much protection? It's because this whole situation that he's involved in is a complete disaster," Watters said. "They're saying he's not a relevant witness. Well, the Supreme Court has granted wide latitude for defense counsel to call whoever they want to set out whatever fact case they can to set up a strong and robust defense to protect their constitutional rights."

Hunter Biden's involvement with Ukrainian natural gas company Burisma Holdings was the subject of President Trump's July 25 phone call with the president of Ukraine, which sparked the Democrats' impeachment push.

Watters spoke out against impeachment manager and House Judiciary Committee Chairman Rep. Jerrold Nadler, D-N.Y., who dismissed on Sunday any notion that Democrats would be willing to negotiate calling witnesses during the Senate trial.

"It doesn't matter what Nadler says is relevant or not, it's whether the Supreme Court says it is and it is so," Watters said. "Hunter Biden is a material witness to the defense."

Nadler said on "Face The Nation" Sunday that “Hunter Biden has no knowledge of the accusations against the president."

Williams disagreed with Watters saying, "This has nothing to do with Hunter Biden" prompting a back and forth between the two.

"So you're going to deny the president due process in the House and in the Senate?" Watters interjected

"He was not denied due process!" Williams responded.