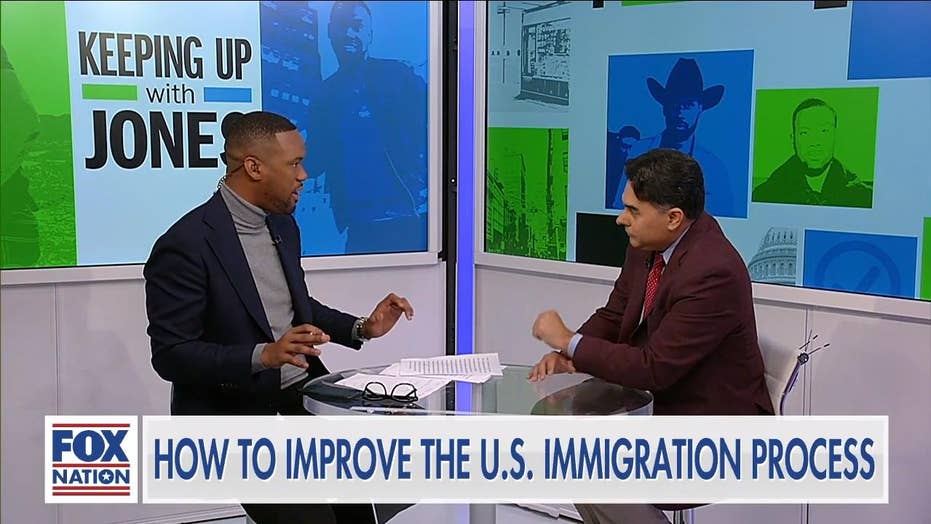 Lawrence Jones takes on 'open borders' professor: 'There is a concerted effort to usurp the system'

Fox News contributor and Fox Nation host Lawrence Jones got into it with an Indiana University professor who is pushing for the U.S. to open its borders and eliminate restrictions on immigration.

Jones took issue with the apparent position of some "open borders" advocates that holds that until the U.S. government changes its immigration policy -- illegal immigration should be encouraged.  It was a contention that Indiana University Professor of Sociology Fabio Rojas did not dispute.

"The open border folks are saying until those laws are changed, 'Come on in,'" said Jones on his Fox Nation show "Keeping Up With Jones."

In an April 2019 article in "The Nation," open borders advocate John Washington linked support for sanctuary cities with his cause.

Washington wrote, "One logical way to begin dismantling the militarized borders of our nations is by expanding our conception of the sanctuary movement... the sanctuary movement should be a call that unites broad swaths of institutions and civil society to defend communities against all the agencies that threaten them, not just immigration police—thus laying the groundwork for an extension of open borders beyond the geographic border."

On his Fox Nation show, Jones observed: "There is a concerted effort to usurp the system here. There are laws and procedures, even if you agree that there are certain unjust laws. There is a process and the refusal of the process -- while simultaneously saying that you want to be in the country -- is not going to look well with American voters. Wouldn't you agree?"

Rojas responded: "Social change happens every day. It happens in courts. Happens on the street. It happens at home. It happens in the studio right now. So to go the Supreme Court is actually very difficult. They only take about 1 percent of cases that come up before them. And for that to happen, there has to be a cultural change. Most people don't even understand the idea of open borders or really rolling back all the regulations."

Jones also argued that an open borders policy would hurt Americans who are already struggling the most. 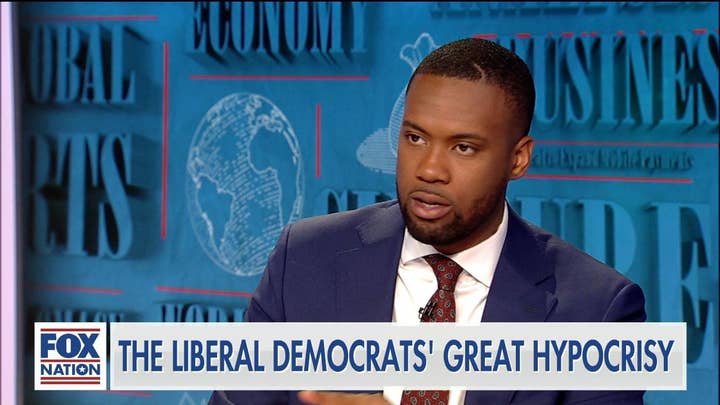 "The people... that are for this, a lot of them are crony capitalists because they want to cheapen the labor," said Jones. "And quite frankly, it's not fair to the Americans that are gypped... and it's also not fair to the people that are coming across the border that are being paid like slaves."

"Let me push back on that," said Rojas.  "Immigrants are usually at the bottom of the ladder. They are usually not competing for most jobs against average Americans. So if you're worried about the average American lowering their wage or losing jobs, that's simply unfounded. And actually, a lot of academic research backs this up."

In contrast to Rojas' assertion that studies back up the claim that immigration does not depress the wages of "average Americans," there is a prominent study that found an influx of immigrants did harm the native population.

Cuban-born Harvard professor, George Borjas, analyzed the impact of 125,000 Cuban immigrants fleeing to Miami in 1980.  Borjas concluded that the dramatic increase in low-wage workers resulted in a decline in wages for the local American citizens, who did not complete high school -- the majority of whom were black.

"Black Americans are at the bottom right now next to immigrants," said Jones. "The argument for a lot of people -- it's like, 'They wouldn't do that [job]. They wouldn't do those jobs.' Of course, we're not going to do it for $3 an hour, we've already endured slavery. So you're right about that. But if you pay me 15 bucks for it, I may do that job.

To watch all of "Keeping Up With Jones," go to Fox Nation and sign up today.