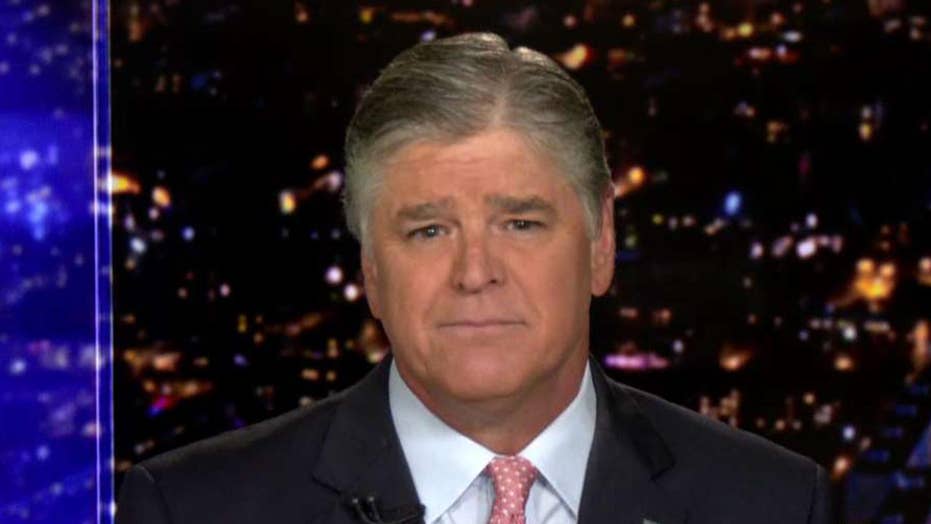 Wave of brutality across the nation amid mass shootings in El Paso, Texas and Dayton, Ohio.

Fox News' Sean Hannity went after those who used the shooting massacres in El Paso, Texas and Dayton, Ohio to attack President Trump and also made it a point to bring up other cities under siege by violence saying they are ignored by the media.

"We really need to pray for every single person, every family, every neighbor, everybody that was impacted by the horrific violence over the past weekend," Hannity said at the beginning of his television program.

"We also need to pray for everyone killed this weekend in Chicago, in Baltimore, in Detroit. Cities you don't hear a lot about."

Gun violence in Chicago this past weekend reportedly left at least seven people dead and 46 injured.

The "Hannity" host called out the media for politicizing the tragedies to "bludgeon" Trump, saying he was appalled by their reaction.

"America tonight is in mourning and sadly, predictabl,y within minutes--I mean minutes-- there are people that raced to politicize, exploit acts of violence to score cheap, intellectually dishonest political points," Hannity said.

Hannity also condemned the shooters saying they could all "rot in hell" and adding that American have a right to be upset and "demand that we fix the problem."

The Fox News host offered sympathy for the Americans suffering from violence saying they were all part of the "American family."

"Innocent men, women and children gunned down in cold blood. It's happening every day in every big city all across this country. And by the way they're all part of our American family. Their families their loved ones, this is our family our United States," Hannity said.