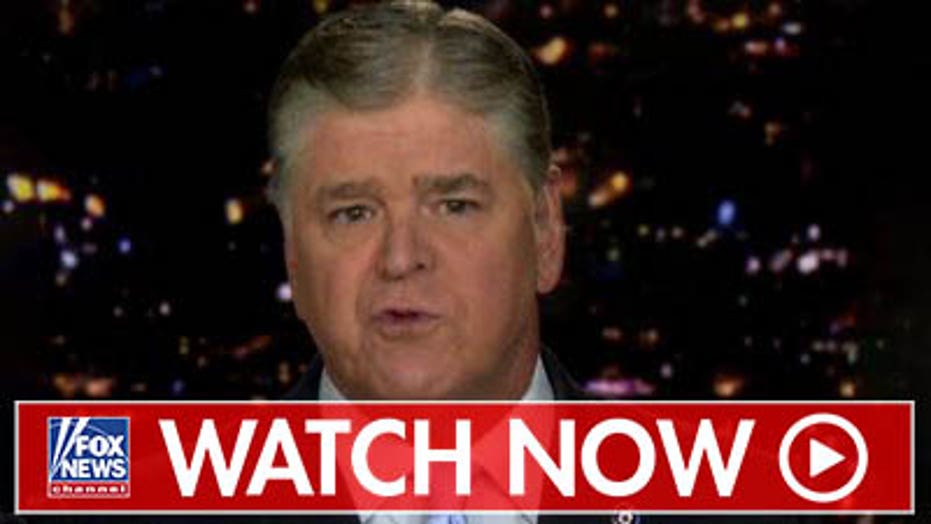 Democrats are ignoring the American people's economic security and well-being by raising speculation about a potential recession, doing so only because they cannot beat President Trump on the issues, Fox News' Sean Hannity says.

"The 2020 race is heating up and Democrats are melting down," Hannity said Wednesday on his television show.

The host added the party's presidential candidates have, "utterly failed to impress any American voters."

"The frontrunner ... Joe Biden now continues to embarrass himself daily. You've got Bernie Sanders, Elizabeth Warren -- their policies would transform America into Venezuela. Then you have Mayor Pete [Buttigieg]. He can't even run South Bend, Indiana, but he still wants a massive promotion."

"The frontrunner ... Joe Biden now continues to embarrass himself daily. You've got Bernie Sanders, Elizabeth Warren -- their policies would transform America into Venezuela."

Hannity said most of the 2020 field have moved on from the failed Russia investigation to their latest campaign strategy, trying to damage Trump's reelection prospects by floating talk of an economic recession.

"With a terrible field of candidates, Democrats, the media mob, they're now turning to a very disgusting, despicable new tactic. ... You have other groups including the [New York] Times now trying to talk the U.S. into an economic recession."

"Some are desperately hoping and praying Americans will lose their jobs, lose their savings, see a major decrease in their retirement 401(k)s. They want people to suffer. Why? So they can get back power and President Trump will lose the election."

"They want people to suffer. Why? So they can get back power and President Trump will lose the election."

Hannity criticized comedian Bill Maher and former Rep. Barney Frank, D-Mass., for what he called "sick" statements about a recession.

On his "Real Time" program, Maher recently claimed America can, "survive a recession," while Frank -- who was the House Financial Services Committee chairman during the 2008 recession -- claimed Trump was, "taking out recession insurance."

"Things are going to start to turn down and he's desperately trying to blame somebody else when the bad news comes," Frank claimed.

In response, Hannity said many are so exceedingly opposed to Trump that they do not care what any repercussions would be for the American people.

"They hate Trump so much that they want you, we, the American people hurt," he said.