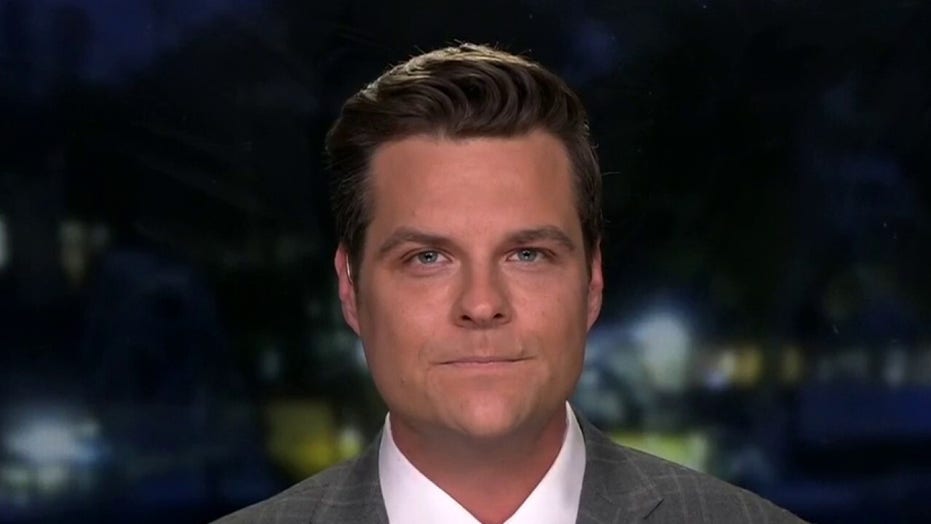 Rep. Matt Gaetz: If lies were music, Susan Rice would be Mozart

"If lies were music, Susan Rice would be Mozart," said Gaetz.

"If I were writing myself an email where three times I had to say I did everything 'by the book,' that is certainly more incriminating than it is exculpatory," he added.

Gaetz then turned his ire on former FBI Director James Comey by citing two recent tweets. One of the tweets contained criticism of the Justice Department "which is probably investigating him" and the second implied praise for former Senate Intelligence Committee Chairman Sen. Richard Burr, R-N.C., who recently stepped down from that post amid an investigation into suspicious stock transactions prior to the onset of the coronavirus pandemic.

"If Ric Grenell had been the director of national intelligence back in 2017, Jim Comey would probably already be under the jail," Gaetz said, "because the Grenell disclosures laid bare the coup before the American people.

"Remember all that weird journaling he was doing to try to set the president up on obstruction of justice? Well, now it is exposed."